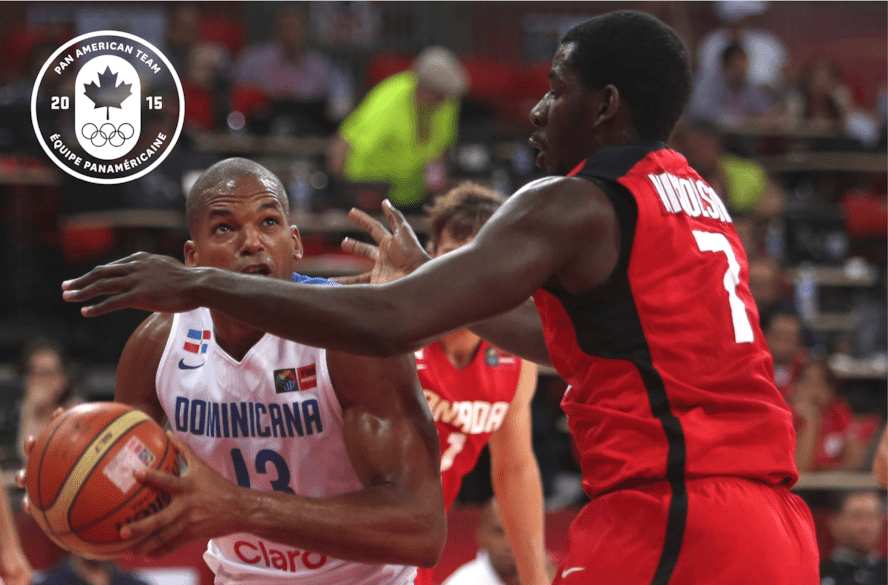 TORONTO — On Saturday, the Canadian Olympic Committee (COC) and Canada Basketball announced the 12 athletes who will represent Team Canada at the TORONTO 2015 Pan American Games from July 21 to 25.

The 12-man roster is comprised of national team veterans and up-and-coming talent. All 12 athletes have competed for Canada internationally either on the senior, development or an age-group national team.

Head Coach Jay Triano leads the team, along with assistants Dave Smart, David Vanterpool and Bryan Gates. The athletes participated in a six-day tryout and training camp from July 12-17 and will officially move into the TORONTO 2015 Athletes’ Village today.

The TORONTO 2015 men’s basketball competition takes place at the Ryerson Athletic Centre from July 21 to 25, with a three-game preliminary round, semifinals and finals. Following the Pan American Games, Canada will head to the 2015 FIBA Americas Men’s Championship, the 10-team official qualification tournament for Rio 2016, which will take place August 31 to September 12 in Mexico City, Mexico.

Canada has fielded the largest team in its Pan American Games history with more than 700 athletes having been named to the Team at the Games in Toronto. With TORONTO 2015 providing a “home Games” environment, as well as a number of qualification opportunities for the Rio 2016 Olympic Games, these Games will offer a tremendous experience for Canada’s high performance athletes.

“Congratulations to the men who made the Team Canada basketball team. These athletes are among the best at what they do and their dedication and hard work has brought them to this moment. I wish them good luck as they take on the Americas here in Toronto. Your country is so proud and will be behind you as you step on to the courts.”

“Today is a fantastic day for Canada Basketball especially with the positive direction this sport has been taking in this country.  Congratulations to the men who have been nominated today, I am sure these athletes will provide us with amazing moments in Toronto and they can be sure to count on the support of Canada.”

“We’re looking forward to competing at home. Pan Am Games will serve as an important training ground for athletes competing in our Olympic qualifier in August. It’s also an opportunity for our up-and-coming talent to gain important international games experience, helping to set the stage for future success.”

“Representing Canada is one of my fondest memories and I’m thrilled that our athletes have the opportunity to experience it here at home.”

“It’s always an honour wearing the red and white and it will be even more meaningful playing at home in Toronto in front of family and friends. We’re looking forward to good competition and excited to experience the Pan Am Games.”

“Congratulations to the athletes nominated today to the Canadian Men’s Basketball Team for the TORONTO 2015 Pan Am Games. The reputation and respect Canada is gaining in international basketball circles is well-earned, and we wish our men’s team the best of luck as they compete at home at the Ryerson Athletic Centre. Along with all Canadians, I look forward to cheering you on as you shoot for the podium during the Year of Sport in Canada.”

The Men’s Basketball team which will represent Canada at the TORONTO 2015 Games includes:

Prior to being named to the final Canadian Pan American Team, all nominations are subject to approval by the Canadian Olympic Committee’s Team Selection Committee following its receipt of nominations by all National Sport Federations prior to competition.