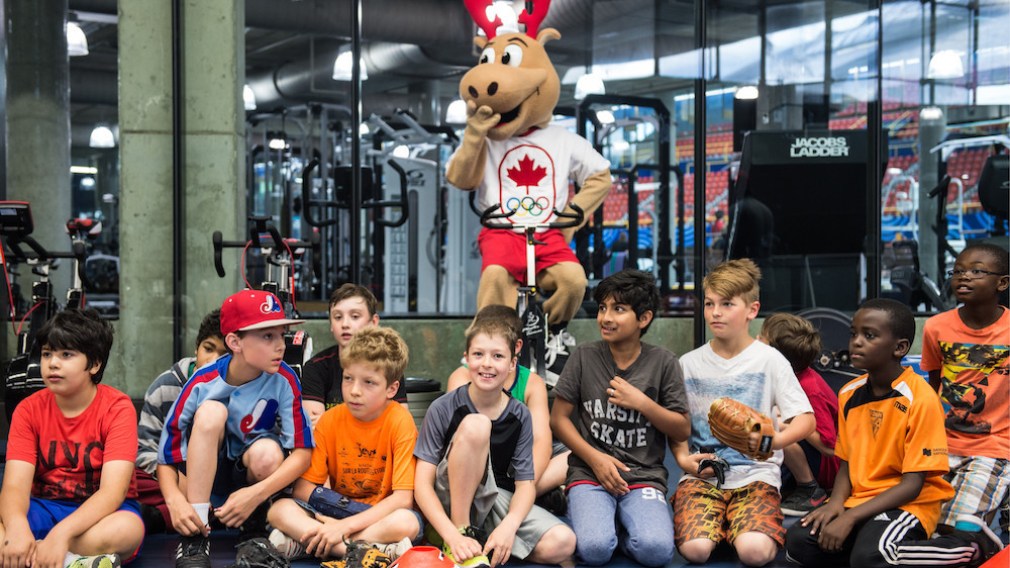 Olympic Day is a great opportunity for children, youth and their families to discover and try a new sport, while inspiring them to adopt and maintain healthy active lifestyles. With Olympians in attendance, it also provides participants the opportunity to engage with their Olympic heroes and sport role models.

The COC would like to recognize the following event partners for their Olympic Day support: INS Québec, Jouez gagnant!, Commission scolaire du Chemin-du-Roy, Olympic Park, and Canadian Tire Corporation. A special thank you to the eight provincial sport organizations for all of their help in making this day possible.

“Montreal is the home of Canada’s first Olympic Games, so it is a great place to celebrate Olympic Day. I hope the students here today are inspired and enjoy an active day with our Olympians.”

“It’s always such a pleasure to spend time with the youth in Montreal while celebrating the Olympic Movement. Olympic Day is important, because it is an amazing opportunity to share the values of Olympism, while connecting with the youth and encouraging healthy, active lifestyles.”

“It is with great enthusiasm that the Institut national du sport du Québec is hosting the students from the l’Académie les Estacades to celebrate Olympic Day. We hope that access to our facilities and the opportunity to meet high performance athletes will inspire them to get involved in sports and maybe help fuel their Olympic dreams.”