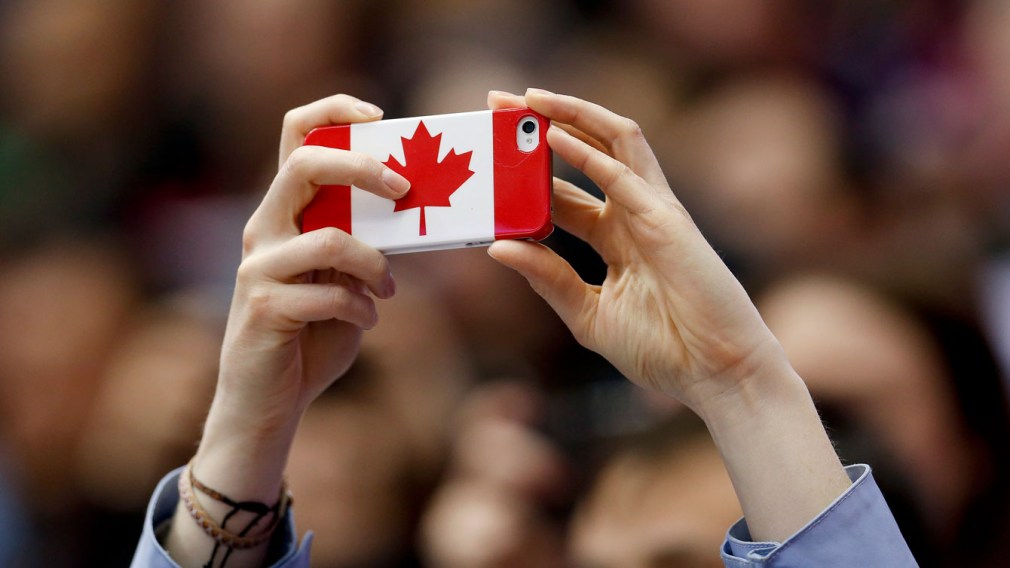 TORONTO (March 13, 2018) – The Canadian Olympic Committee (COC) is proud to celebrate the greatest Winter Olympic team performance in the country’s history, with an incredible legacy of Olympic records and medal winning performances, new benchmarks for brand awareness and fan engagement, and projecting values of diversity and inclusiveness to the world through Canada Olympic House.

Team Canada has returned home after its most successful Olympic Winter Games in history, having secured a historic 29 medals (11 gold, 8 silver and 10 bronze), finishing third in overall medal standings.

Team Canada delivered captivating and memorable moments on the field of play. Tessa Virtue and Scott Moir captured the hearts of our nation with their impassioned performance. Justine Dufour-Lapointe made us all proud by winning Olympic silver in women’s moguls. Short track speed skater and closing ceremony flagbearer, Kim Boutin, showed us how resilient she was. Mark McMorris secured an inspirational medal, less than a year after a devastating injury. These are but a handful of stories that we will remember from these Games.

“Our goal is always to inspire Canadians through powerful athlete storytelling and compelling content,” said Derek Kent, Chief Marketing Officer, Canadian Olympic Committee. “In PyeongChang, Team Canada hit the podium by delivering unprecedented fan engagement across our channels and in person and on social at Canada Olympic House.”

While official results have yet to be finalized, off the field of play, early findings indicate that the Team Canada brand hit a series of major milestones in PyeongChang. Team Canada posted its highest ever Olympic.ca page view totals, exceeding projections by more than 200% and doubling what was generated during Rio 2016, with more than 17 million page views. And the world followed the @teamcanada channels, with earned media impressions topping four billion.

On social media, the Team Canada Instagram account added more than 100,000 fans as Canadians tuned in to keep up with the Olympians making history in Korea. Total Instagram Story views surpassed 13 million and garnered 23.5 million engagements and interactions.

SportCal Media, one of the world’s leading providers of comprehensive sports market intelligence, in partnership with Hookit, a market leader of sponsorship analytics and valuation of social and digital media for sports, reported that the COC was the most engaged National Olympic Committee (NOC) during the Games.

The ‘Be Olympic’ re-brand, developed in conjunction with our agency of record, Sid Lee, successfully highlighted the Canadian ideals of virtue and victory. The national multi-platform campaign launch was delivered by our media agency, OMD, featured on TV in French and English and was showcased in print, digital and out-of-home advertising in all major markets, resulting in more than 400 million impressions in the key Olympic period. The campaign invited Canadians to consider what it means to ‘Be Olympic’, with more than 1 million views across all platforms and counting.

Creative assets from the ‘Virtue & Victory’ campaign for editorial use

At PyeongChang 2018, Canada Olympic House became a must-see destination for Canadians and the world alike, as well as a focal point of discussion for international audiences. Open to the general public for the first time, the house welcomed more than 15,000 unique visitors throughout the Games, a new high-water mark. And in true Canadian spirit, our guests consumed more than 3,500 poutines, 5,000 burgers, and 15,000 Molson beers over the course of the Games.

Canada Olympic House has been lauded for its commitment to inclusion, and the incorporation of Pride House, garnering coverage from a number of Canadian and international outlets. Canada Olympic House was supported by a host of Team Canada partners including Canadian Tire, Air Canada, Bell, RBC, Petro-Canada and many more.

Canada Olympic House was created by the COC in partnership with renowned creative agency of record Sid Lee, and Korean partners Tangible Lab Inc. The team at Sid Lee Architecture designed the house with a true ‘Canadiana’ look and feel, creating a patriotic hub for all Canadians and Team Canada fans in Korea to enjoy the Games together.

Utilizing the strengths and characteristics of an existing facility, the house featured uniquely Canadian elements, including a bleacher in the shape of a maple leaf for fans to sit and enjoy programming, banners hanging from the rafters inspired by the ones found in hockey arenas across the country, and a patio inspired by a Canadian backyard in winter. It provided the perfect backdrop for Hamilton-based band The Arkells to perform for Canada’s top athletes and their fans.

“Canada Olympic House was a beacon for the families and friends of athletes, Team Canada fans, and fans of Canada alike during the Games. We were able to create a welcoming and vibrant atmosphere that grew throughout the Games, attracting guests from around the world. We’re thrilled with its success and are looking forward to creating a similar experience for guests at Tokyo 2020,” said Colin Freeman, Senior Manager, Brand Marketing, Team Canada.