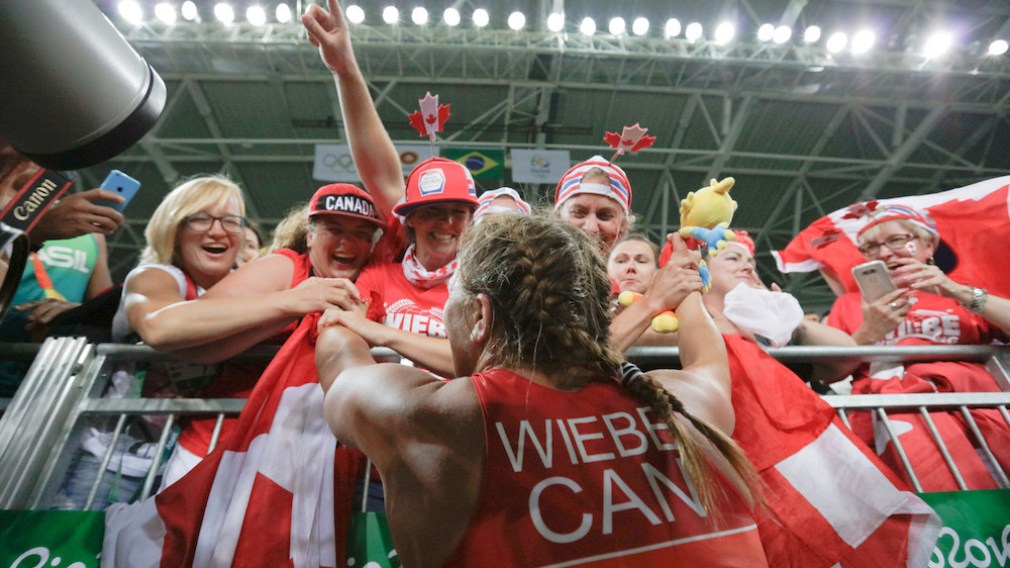 August 19, 2016
Friday, August 19, 2016 — RIO DE JANEIRO — As Canadian athletes like Penny Oleksiak and Andre De Grasse reached new heights at the 2016 Olympic Games in Rio, more Canadians than ever have turned to digital channels to follow the action and cheer on Team Canada.

With three days still to go before the Games are over, the Canadian Olympic Committee (COC) can confidently say that, based on the current numbers, the Rio 2016 Games represent a watershed moment for the brand and its myriad of social channels. Rio 2016 is proving to be the most successful social summer Games ever, as Canada set new benchmarks for brand awareness, media value and social impressions.

“Everything we do at the COC is about connecting Canadians with our athletes, and the remarkable numbers we have seen here in Rio shows that Canadians are engaging with Team Canada on social and digital channels in ways we’ve never seen before at a summer Games,” said Derek Kent, Chief Marketing Officer, Canadian Olympic Committee.

“Now Canadians can connect with our Olympians anywhere in the world with the devices in their pockets. Our plan was to ensure we could connect our fans with cool, relevant and timely content. Rio 2016 proved that Canada is a global leader in athlete-fan engagement and another milestone in our brand journey.”

Canadians are the most active Facebook fans of any Olympic nation in the world, with Canada topping the list of countries discussing Rio 2016 on Facebook (as ranked by percentage of monthly active users) ahead of the United States, Great Britain, and even host nation, Brazil.

Team Canada’s Facebook Live Studio at Canada Olympic House had more than 8.5 million views in the first 10 days of the Games, offering Canadians an unprecedented look behind the scenes of the day to day lives of athletes in Rio.

On the web, Canadians made Olympic.ca their home for news about Team Canada, with more than three million sessions and 6.5 million page views to date during the Rio games, compared to just 471,000 sessions in London.

At the heart of Canada Olympic House, Twitter set up a custom #TeamCanada Twitter Mirror that has served as a source of inspiration for athletes throughout the Games. The Mirror frame lights up every time the #TeamCanada or #EquipeCanada hashtags are tweeted anywhere on the planet, enabling Canadians to show their support for Team Canada from wherever they are watching.

The @TeamCanada Twitter account grew more than 1,505 per cent between the end of the London Games and the beginning of the Rio Games, to more than 607,000 followers, while the official French language account of Team Canada, @OlympiqueCanada now has more than 28,000 followers, making it one of the most followed French language Twitter accounts in Canada. At the same time, total Team Canada-related hashtag impressions are projected to top 1.8 billion for the Games.

Some of the top Team Canada hashtags during the Games were:

Team Canada’s Youth Movement
Rio 2016 marked the beginning of a youth movement for Team Canada in competition that paints a bright picture about the future of high performance sport in Canada – the average age of Canada’s medalists in Rio was 23.7 years old, compared to 27.5 years old in London and 31 years old in Beijing.

With so many young athletes achieving podium success in Rio, it’s no surprise the athletes, and their Canadian fans are so engaged in social media.

“This is a generation that was raised on social, they are incredibly digitally savvy,” Kent said. “At the COC, we made it our goal to be able to speak their language, and the language of our fans back home in Canada.”