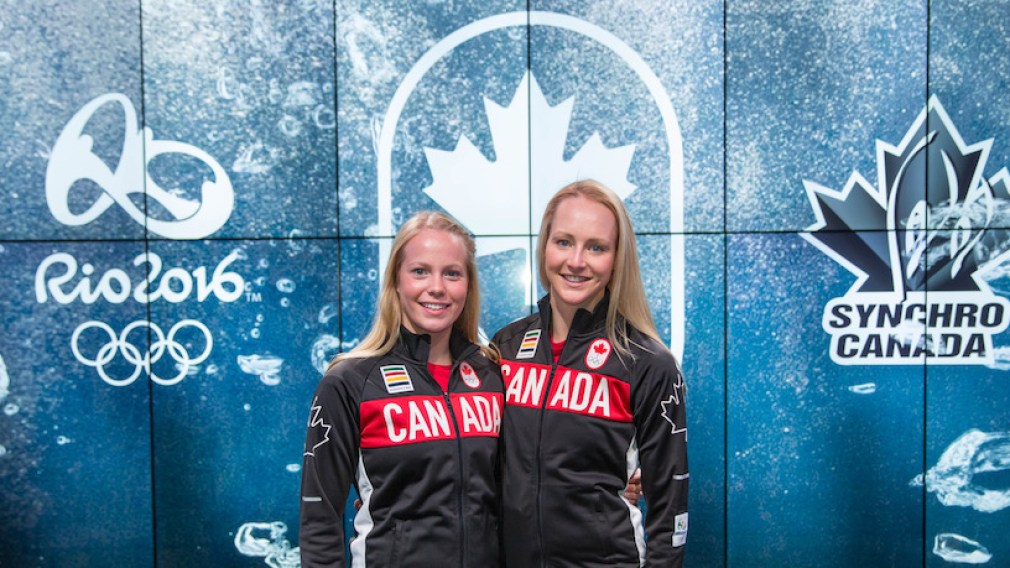 MONTREAL — On Wednesday, the Canadian Olympic Committee (COC) and Synchro Canada named the two athletes nominated to represent Team Canada in synchronized swimming at the Rio 2016 Olympic Games from August 5 to 21.

The two athletes selected are Jacqueline Simoneau and Karine Thomas. They are coached by Meng Chen and Lyne Piché.

Jacqueline and Karine earned their spot for the 2016 Olympic Games at the TORONTO 2015 Pan American Games where they won a decisive gold medal in the duet event, dominating their closest competitors by more than 7 points. In Rio, they will take part in the duet competition which is comprised of a technical routine and a free routine, each counting for 50 per cent of the final score.

Jacqueline Simoneau, 19, is the youngest member of Canada’s Senior National Team. She has been paired with Karine Thomas, the last remaining athlete from the London 2012 Olympic team, since 2014.

They have just returned from a training camp in Seoul, South Korea, which followed their participation in the Japan Open, in Tokyo, where they won a silver medal. They will keep training at Synchro Canada’s Centre of Excellence in Montreal until they leave for the US Open in Riverside, California, on July 15. A training camp in Florida will follow and ultimately lead them to Rio in August.

Synchro Canada is an organization that fosters the pursuit of excellence while developing athletes, citizens, and ambassadors of the sport of synchronized swimming at all levels. From its 1924 beginnings in Montreal, synchronized swimming has been actively pursued by more than 70 countries worldwide. Canada proudly ranks among the best of these nations.

“The Olympic Games are every athlete’s dream.  In the case of our duet, they have been committed to reaching this dream individually for a decade and together since 2014. They have since continued to invest maximum efforts daily to ensure they will deliver that ultimate performance of superior technical skills and perfect synchronization when it counts. They are both incredibly talented, they share a contagious passion for their sport and are 100 per cent committed to what they have decided to achieve in synchronized swimming.

Now it is their time to shine and to enjoy their journey to the Olympic Games. Let’s cheer for them and support them throughout the Games – they will make Canada proud!”

“I am very excited as the countdown nears its end and the Games themselves are so close to starting. These will be my first Olympic Games and I’m looking forward to living the full experience this summer in Rio. At the moment, we are making every day and every training session count – I know we will be ready when the time comes!”

“Canada is highly regarded in the synchronized swimming community. They have worked hard to compete against the best in the world and I know they’ll continue to do us proud in Rio.”

“Canada’s synchronized swimmers made a splash at the 2015 Pan American Games in Toronto winning gold, and I know that success is motivating them as they strive for another podium finish in Rio. On behalf of the Government of Canada, congratulations to the athletes named today to represent Canada in synchronized swimming at the Rio 2016 Olympic Games.”

The synchronized swimming team which will represent Canada at the Rio 2016 includes: