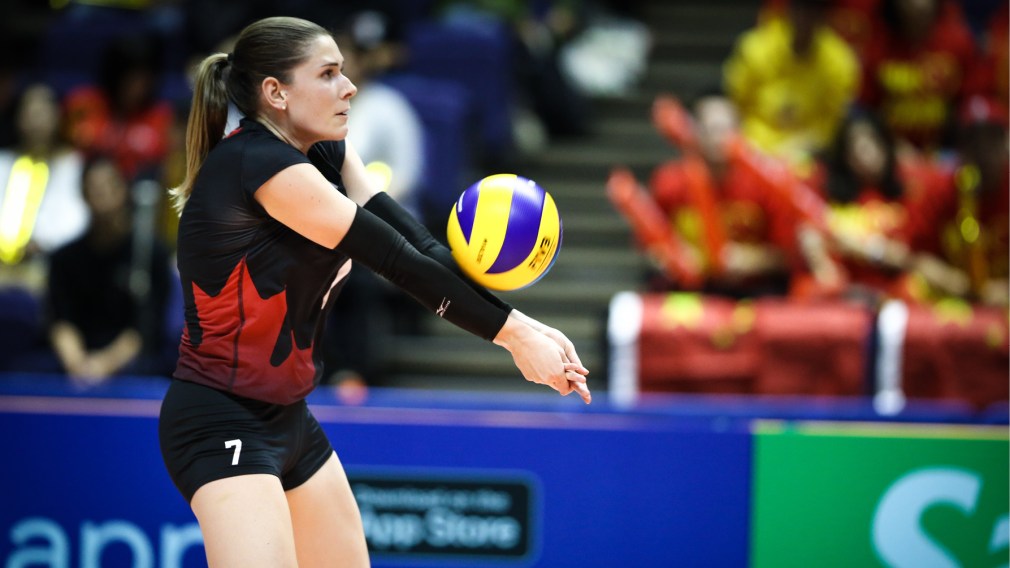 OTTAWA (July 18, 2019) – Volleyball Canada and the Canadian Olympic Committee have named the women’s volleyball team for the 2019 Pan American Games tournament, held August 2 to 11 at the Sports Centre VRDC located in the Villa Deportiva Regional del Callao cluster of venues in Lima, Peru.

The team, with Brianna Beamish as captain, is a mix of experienced national team players and up-and-coming next generation athletes.

“This roster has never been tested together at the international level, so we are really excited to see what we can do,” said Beamish, who has played for Canada in the Women’s Grand Prix (2017) at the 2018 World Championships. “We have a strong mix of experienced, veteran players and athletes in their first year with the program. Our group has a couple of really good aspects to their game that I think will surprise teams and make us very competitive.”

The team qualified for the Pan Am Games as a result of Canada’s third-place standing at last year’s Pan Am Cup, which was held in Santo Domingo, Dominican Republic.

The head coach will be Shannon Winzer, previously the head coach of the Australian National Women’s Team, and currently Volleyball Canada’s next generation coach for the women’s program.

“It’s pretty special to be able to take part in this year’s Pan American Games,” said Winzer. “Not many athletes and coaches get the opportunity to compete at a multi-sport event such as this, and I have no doubt it will be a great experience. We’ve been really happy with our preparation to date and are still improving from week to week on target for the start of August. This team is a great mix of experience and youth, and I’m excited to see just how well we match up at the Games and then focus on what we need to continue to work on going forward.”

Canada hopes to improve on its eighth place finish at TORONTO 2015.

Canada will not have a men’s indoor team at the Pan Am Games. Two beach volleyball teams (men’s/women’s) were previously announced.