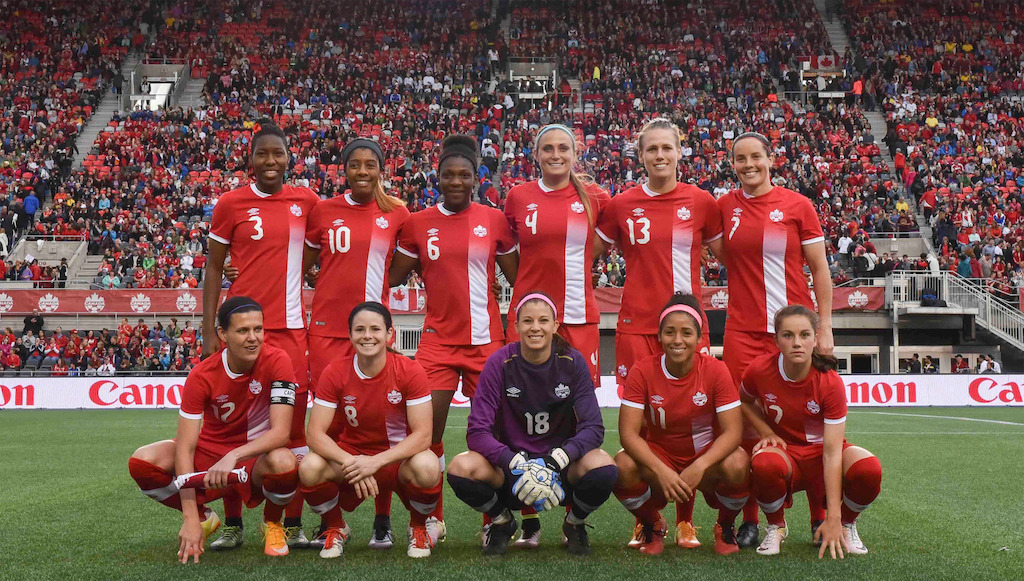 TORONTO — On Monday, Canada Soccer and the Canadian Olympic Committee (COC) named the 18 athletes nominated to represent Canada in women’s soccer at the Rio 2016 Olympic Games from August 5 to 21.

As the reigning Olympic bronze medallists, Canada will face Australia, Zimbabwe, and Germany in Group F of the Rio 2016 Women’s Olympic Football Tournament. From 12 nations, which are divided into three groups, eight nations will advance to the quarterfinal stage, including the top-two teams from each group along with the next two best nations.

Canada’s Women’s National Soccer team will be aiming to reach the podium once again, as it did four years ago at London 2012 when it memorably claimed Canada’s first medal in a summer team sport at an Olympic Games since Berlin 1936.

Canada Soccer, in partnership with its membership and its partners, provides leadership in the pursuit of excellence in soccer, both at the national and international levels. Canada Soccer not only strives to lead Canada to victory, but also encourages Canadians to a life-long passion for soccer.

“I’m excited. This will be my third Olympics and it is an honour every single time. The young players coming into this Olympic squad have brought an energy and passion to our team and they have risen the bar. I am excited to do whatever I can to help take this team to the podium.”

“We will have to be at our best in every match to progress through this Olympic tournament. It will be about producing personal bests, and I believe that the combination of the young players that we’ve brought into the team and the culture that’s been created by the veterans, will give us a chance to really have a push in Rio.”

“In 2012 this team captured the hearts of Canadians with its determination and grit. In the four years since those incredible moments in London, this team united the nation at the record-setting FIFA Women’s World Cup Canada 2015™ and continued their hard work in preparing for another shot at the Olympic podium. We are very proud to support these 18 wonderful athletes and wish them the best of luck in the competition.”

“One of my favourite memories during the London 2012 Olympic Games was watching these women play their hearts out for Canada. It is because of the players nominated today that soccer is continuing to grow in our country. I am confident that captain Sinclair leading this team once again will create more memorable moments for all of us in Rio.”

“Four years ago, after a podium performance at the Olympic Games in London, our women’s soccer team talked about unfinished business. After inspiring a nation last summer at the FIFA Women’s World Cup Canada 2015™ hosted by Canada Soccer, I know Canada will be ready to finish the job on the pitch in Brazil as they proudly represent the maple leaf.”

The Canadian women’s soccer team which will represent Canada at the Rio 2016 includes: