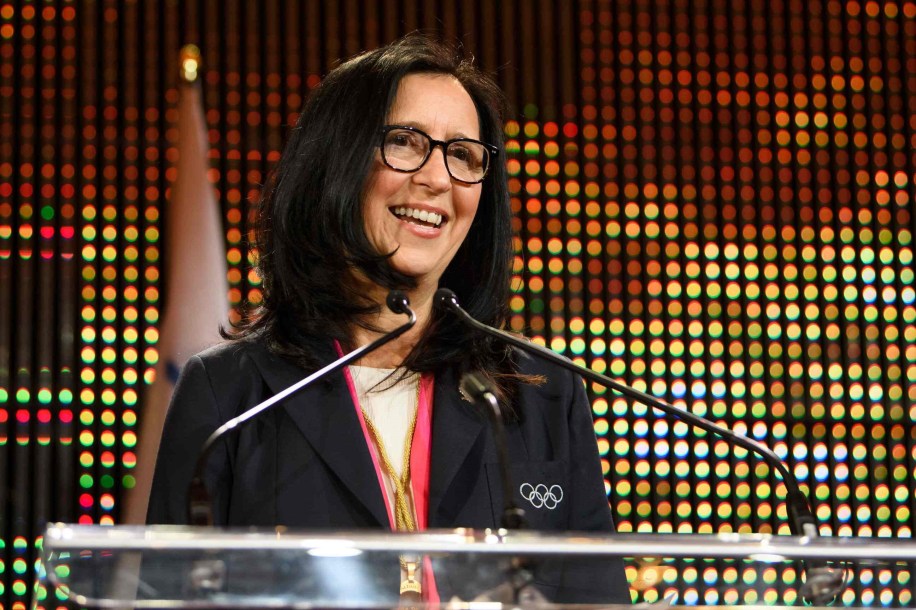 TORONTO (October 6, 2022) –  On Thursday, Canadian Olympic Committee President Tricia Smith will be formally inducted into Canada’s Sports Hall of Fame as a Builder. As part of this recognition, Smith receives the Order of Sport, Canada’s highest sporting honour.

A four-time Olympian in rowing, Smith captured a silver medal at the Los Angeles 1984 Olympic Games, seven world championship medals and a gold medal at the 1986 Commonwealth Games. But it’s her work off the field of play that sets Smith apart. Smith is a passionate advocate for sport who has been a dedicated volunteer for more than 40 years.

“As you celebrate this honour, I would like to add my words of thanks and appreciation for everything you are doing as IOC member and as President of the Canadian Olympic Committee to promote our Olympic values that I know are so close to your heart,” said Thomas Bach, President of the International Olympic Committee. “I sincerely hope that this award will be an encouragement and motivation for you to continue to be such a courageous advocate for our mission to make the world a better place through sport.”

Following her sport career, Smith assumed ground-breaking leadership roles with numerous sport organizations while pursuing a career in law. She became the first Canadian elected to the World Rowing Federation, first chairing the Women’s Commission and then serving as the Federation’s Vice President, a position she currently still holds.

“While Tricia’s many accomplishments and distinctions speak for themselves, her humility and deep commitment to making sport better for everyone are an important part of what makes her an incredible leader,” said David Shoemaker, CEO and Secretary General of the Canadian Olympic Committee. “With everything Tricia is involved with, she brings with her integrity and a passion for improving communities and the country through the power of sport that inspires everyone around her. We are so proud to have her leading Team Canada and representing our organization and our country so well on the international stage.”

In addition to her role as COC President, Smith holds many notable international volunteer positions. She is an elected IOC Member, where she sits on three Commissions – Gender Equality, Diversity and Inclusion, Legal Affairs and Coordination for the XXV Olympic Winter Games Milano Cortina 2026. She is an elected member of the executive committees of Pan Am Sports and the Association of National Olympic Committees.

“Thanks to all for this incredible honour,” said Smith. “I volunteer in sport because I believe sport has the power to inspire and teach and bring us together like nothing else, to accomplish small and great things, and to hopefully leave the world just a little better than how we found it. I thank my family for making sport just part of our lives – where all of these lessons come to life or are amplified. Being able to play sport and then volunteer in sport has been a gift.”

“​​Tricia truly represents the best in our sport, the best in sport and represented Canada in the very best light,” said Jean-Christophe Rolland, President of the World Rowing Federation. “We are truly proud and honoured to have Tricia in our federation and proud of her honour for the “Order of Sport” in Canada today.”

A member of the Vancouver 2010 International Bid team, she is currently the COC representative on the Leadership Assembly overseeing the Indigenous-led 2030 Olympic and Paralympic Winter Games bid for Canada.

“Tricia continues to be such a champion for athletes worldwide and her support of our efforts at the COC Athletes’ Commission can be felt across everything we do,” said Rosie MacLennan, two-time Olympic Champion and Chair of the COC Athletes’ Commission. “Her impact on the sport system is profound and Tricia’s passion for the Olympic Movement and everything it stands for are an inspiration to us all.”

The Order of Sport, Canada’s highest sporting honour, is a National Level Award established by Canada’s Sports Hall of Fame. Also among the 2022 inductees are Olympic champions Adam van Koeverden and Hayley Wickenheiser.

Established in 2019, the Order of Sport is a formal acknowledgement that Canada’s shared values of respect, equality, fairness and openness are sport’s shared values and that sport is a strong backbone for building diversity, inclusion and accessibility in Canadian communities.