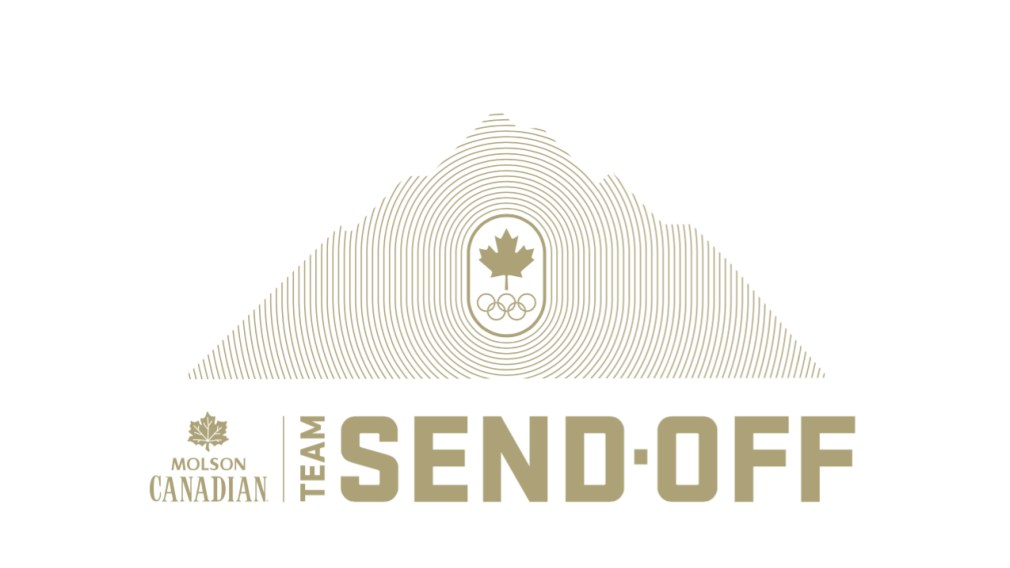 TORONTO (December 21, 2017) – With officially 50 days remaining until the Opening Ceremony of the Olympic Winter Games PyeongChang 2018, the Canadian Olympic Committee is inviting Canada to the Molson Canadian Olympic Team Send-Off on January 6, 2018 to wish Team Canada well on their final journey to South Korea.

The program will feature appearances by members of the Canadian PyeongChang 2018 nominated men’s and women’s curling teams as well as the national snowboard cross team. It will also include musical performances by Vancouver singer songwriter Dustin Bentall and headlined by Toronto’s July Talk.

“The Molson Canadian Olympic Team Send-Off is all about celebrating our athletes for the hard work and dedication they put in to represent us on the biggest sporting stage in the world,” said Derek Kent, CMO, Canadian Olympic Committee. “We invite all Team Canada fans to join us and help celebrate our sports heroes. We also want to thank our amazing partners who help make it all happen.”

In addition to the performances and appearances by Canada’s Olympians and Olympic hopefuls, the celebration will include autograph signings, giveaways and Canadian Olympic Team partner activations such as the Molson Canadian Beer Garden.

Media interested in attending are asked to RSVP by emailing Josh Su (jsu@olympic.ca). More details to be shared on b-roll and interview opportunities.