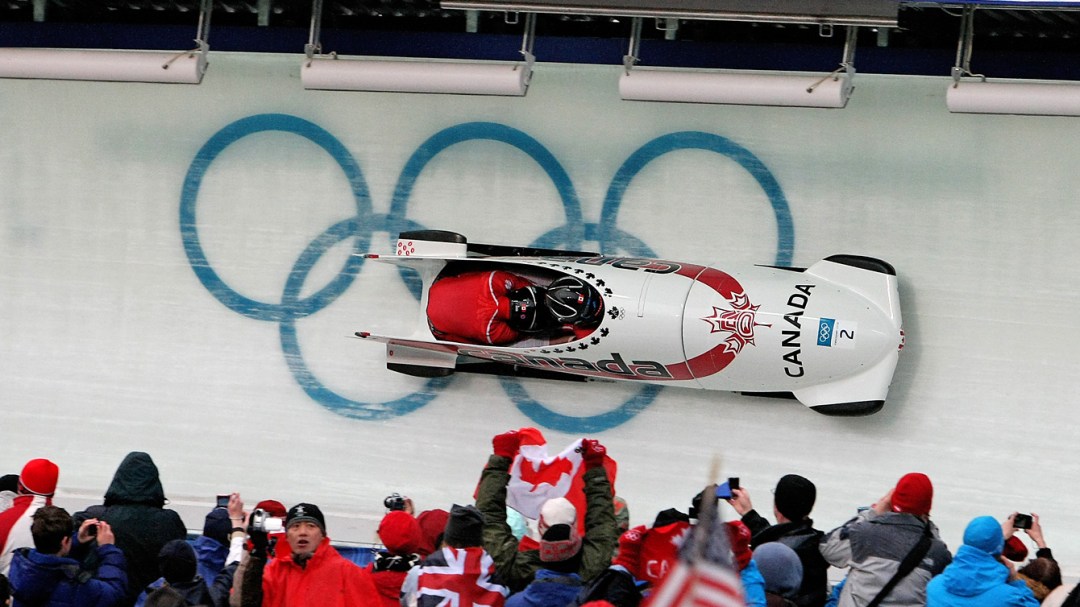 CALGARY (January 22, 2018) — The worlds of sport, art and aviation will come together in Calgary on January 24 at 11:00 a.m. MT when Bobsleigh Canada Skeleton and the Canadian Olympic Committee announce the bobsleigh and skeleton athletes who will compete at the 2018 Olympic Winter Games in PyeongChang. It will be the largest bobsleigh and skeleton contingent Canada has ever qualified for an Olympic Winter Games.

Bobsleigh Canada Skeleton will also introduce a graphics student whose artistic design will slide into the spotlight on Canada’s bobsleigh and skeleton sleds in PyeongChang. Building on a relationship established between Bobsleigh Canada Skeleton and the Canadian Armed Forces, the design was inspired by the paint scheme on the Royal Canadian Air Force’s CF-18 Demo Hornet – created for Canada 150 Celebrations – which will make an appearance at the event.

Arriving to the media conference by helicopter with four athletes making their first trip to the Olympic Winter Games, the designer from Toronto’s George Brown College whose roots are in Canada’s prairie provinces, and Jim Belliveau, who designed the CF-18 Demo Hornet when he was the graphic designer with 410 Squadron, in Cold Lake, Alta. – will team up with the athletes to unveil the Olympic sleds.

All media planning to attend are encouraged to arrive by 10:45 a.m. MT. as the helicopter will be arriving to the event at 11:02 a.m. MT.

Following the media event, Canada’s bobsleigh athletes will take RCAF personnel for a bobsleigh ride down the Olympic Track at Winsport’s Canada Olympic Park in Calgary. The rides will begin at 3 p.m. MT.