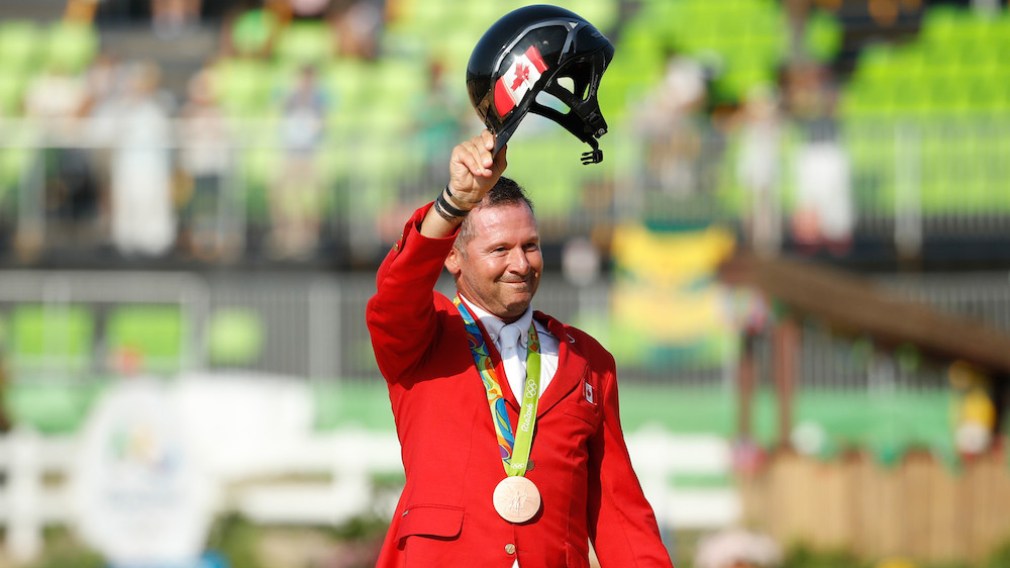 Friday, August 19, 2016 — RIO DE JANEIRO — Day 14 competition has come to an end. Please find end of day results, quotes and other resources below.

On making the final:

“That was very unexpected and exciting.”

On making the final:

“It’s the cherry on the Olympic sundae.”

On the bronze medal:

“It feels incredible. It was a lot of work. First with the jump-off for the team medal that we missed out on and then me leading all the way and the second round today was massive.”

On his horse Fine Lady:

“She was never bought for that. She just became like this and grew into it. So many great riders were having a mishap. It was such a strong field of horses and she kept up with them.”

On his history coming into the Games in Rio:

“After Hong Kong (the Beijing Games 2008 where he won gold and team silver) ) and what happened with Hickstead (his winning horse dying a sudden death right after crossing the finish line at a big show afterwards) I never thought this would happen again. There were times when I was not sure if I wanted to keep going. But this makes it all worth it.”

On the crowd in Sao Paulo:

“The crowd in Sao Paulo has been unbelievable, even in that games we are here and there was no interest really for Brazil, they are amazing football fans. They are obviously for Brazil today, but we enjoyed the silence when we scored our two goals.”

“It was a very fun game for me. The team did well, all we need it was each other. Having this medal around my neck is so overwhelming, I am loving so much.”

On her future plans:

“I am going to 12th grade now (final year of secondary school in Canada).”

On his final run:

“The final is hard for everyone. The lap before, I was on the inside, but in the final I just ran out of space. I did the best I could. I just told myself to leave it all on the track. I am proud of the way I raced this week.”

On the exhilaration of being moved up to bronze medal position after the USA disqualification:

“We set a national record. We ran a great race. We finished fourth and got moved up so we are feeling very happy about that. And we are going to take it away.”

“I’ve been through this before. They were all shocked but I was like, ‘man, just wait around. You never know, it’s a relay’.”

On the USA disqualification:

“I don’t even know what to think about that right now. That’s why I’m trying not to get too high and celebrate because I’m not even sure that we got it yet. We are just going to wait for the protest and see what happens.

“Either way we ran a great race. We set a national record. I think Japan surprised us a little bit to see them up there. But congrats to them for their performance. Next time around we will just try to get better.”

“Usain is a great athlete. I’m just excited I got to be a part of history with him. He will probably go down as one of the greatest athletes of all time, in the sprints. If people are talking about him then they’ll probably be talking about me in the same race.”

On a chance to beat BOLT at the world championships:

“I’m definitely going to work hard this year. If I can stay healthy this whole year, I think I have a good shot at him.”

A full Day 15 schedule for Team Canada is now available for download.