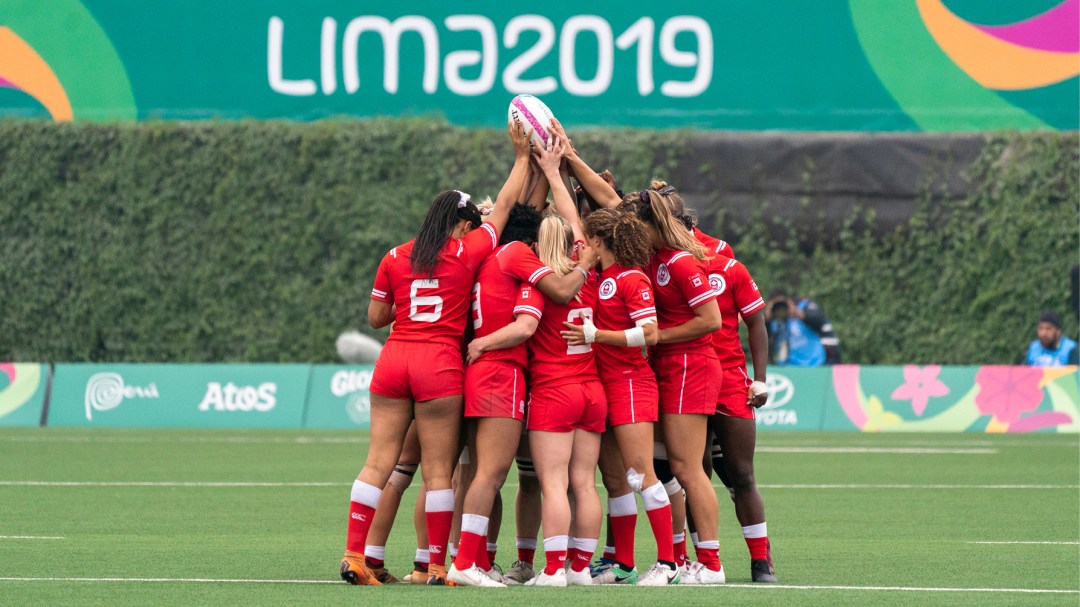 LIMA, PERU –  Team Canada’s women’s rugby sevens team finished off a dominant run at Lima 2019 by earning their second consecutive Pan American gold medal and only allowing two tries against them throughout the tournament. Earlier in the day, Canada earned its first gold medal in the women’s 500m K4.

DAY 2 QUOTES OF THE DAY:

“There are two extra stops on the world series which is incredible for the women’s game. We are looking to add those stops on to show the world we are fit, ready and determined to show we are the best. This is a great launch pad for Tokyo. Our depth chart is huge, people are putting their hands up and we are going to do amazing things this year. The Pan American Games is just the first of it this year. We are looking for a lot more podium finishes before we get to Tokyo.”

“People have made breaks on us and we’ve chased them down and kept those points off the board. Our whole team has been chasing back which shows our spirit and resilience. It’s been a pretty incredible performance all weekend supporting each other in attack and defence and that’s what led us to this gold. I am so incredibly proud of the girls, to be able to lead such an incredibly talented bunch of ladies. Their spirit and energy is what makes us the top.”

“We’ve been paddling for so long so we have a plan and we just stuck to it. We communicate. We make sure we know the race plan and we follow it and at the end we debrief and say what we like and what we didn’t like. But for this race I would say it was pretty awesome the whole way so we have nothing to say about it except that it was perfect.”

Valerie HO (Silver Medallist : Taekwondo – Team Freestyle Poomsae) on how it feels to win the silver medal in the team freestyle poomsae event and the preparation that goes into it:

“It feels awesome, a little sad because we spend so much time preparing for this event but I’m happy with our silver medal. I actually had to miss over 20% of the school year to go to training camp and it was really hard at some point, but all of it was worth it and I wouldn’t be here without the rest of my team.”

Q. Who was Canada’s flagbearer for the Closing Ceremony at the 2015 Pan American Games?

A. Kia Nurse (Basketball – Women) Kia Nurse was the leading scorer of the women’s gold medal-winning basketball team, averaging 13.6 points per game for a total of 68 points while playing a team-high 128 minutes.