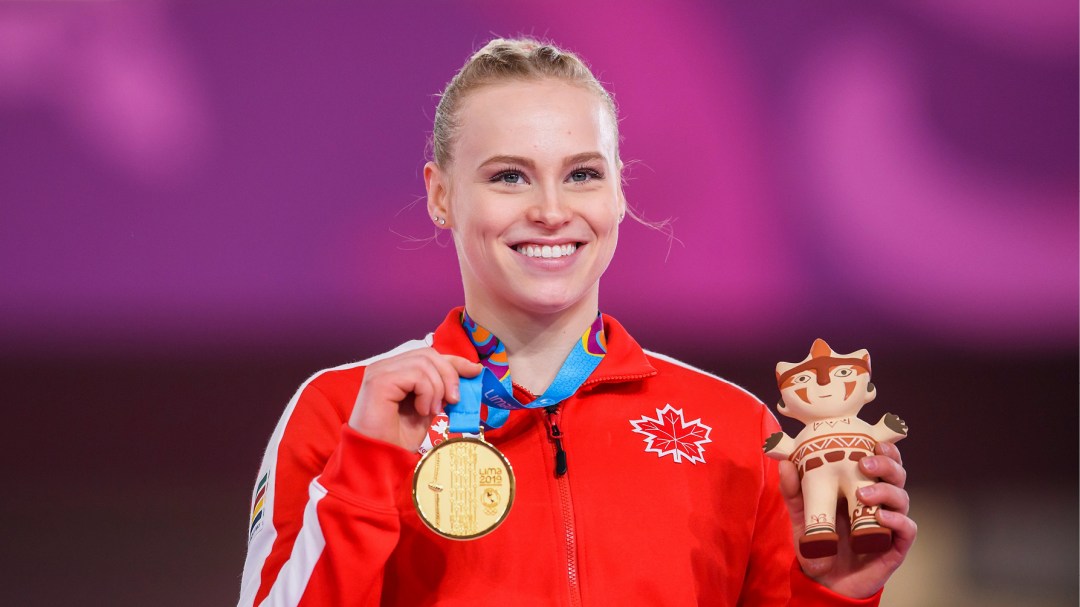 LIMA, PERU – It was another historic day for artistic gymnast Ellie Black, who became Canada’s all-time leader in gymnastics medals won at a Pan American Games with still two more events left for her to compete in. Day 4 was a Canadian family affair with water skier Dorien Llewellyn, son of 11-time Pan Am Games medallist Jaret Llewellyn, earning his third medal to close out his first Pan Am Games, while stepmother and stepdaughter duo Whitney McClintock Rini and Paige Rini each won their third medal of Lima 2019.

DAY 4 QUOTES OF THE DAY:

“Obviously, we’re putting our whole life into what we do, and we love what we do. But for me as an overall skier, this is the king event. But I love it and even just here at the event itself today, it’s not only such a physical rollercoaster ride, but also mental because you can go out there and mess up your first event.”

“This, this is my pride and joy. This is what I love doing, it’s three events so to win this is the ultimate cap to this week for sure. It’s definitely going to make me look forward to the next one in Chile and I guess you have to keep trying really hard, and hopefully I’ll have this feeling again when we get there.”

“Today was awesome. I was really happy to be out there with my team-mates Shallon OLSEN on vault and Brooklyn MOORS on uneven bars. We wanted to deliver some strong performances and we were able to do that. It is awesome to bring some more medals home for Canada.”

“It was great standing up there with Ellie. She is more than a teammate. She is a role model to me. She has really had a great impact on me at these Games. I am grateful that she is a friend for life, always there to guide me through. Our team has so much potential. We work so hard in the gym and it’s the small details that always matter the most to us like cleaner execution and better artistry and we believe there’s always room for improvement. But today, I’m just excited for Canada.”

“I’m really happy with a lot of my races. It was a really big challenge to do as many races as that, but that was the challenge that I wanted to make so it was good to try. I learned a lot. Even if I’ve been paddling for 20 years, I still learn so that’s good.”

Q. Which Canadian athlete has won the most Pan Am Games medals in their career?