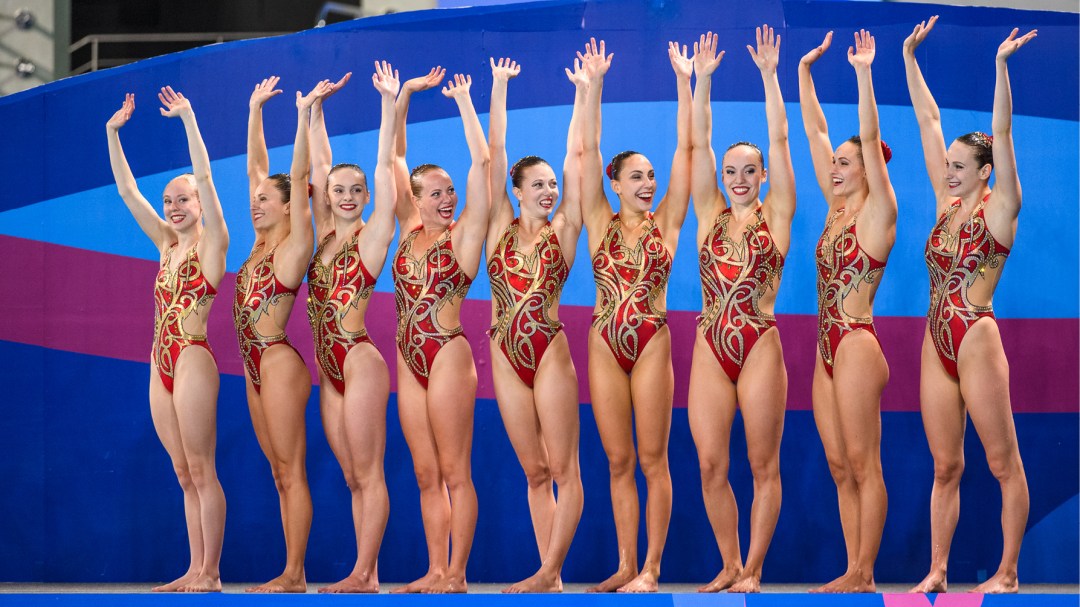 LIMA, PERU – Team Canada earns Olympic berths in artistic swimming duet and team events after capturing gold at Lima 2019. The Canadian women’s and men’s squash teams end their Games by adding a silver and bronze, respectively, for a total of eight squash medals, a Canadian Pan American Games record for the sport.

DAY 5 QUOTES OF THE DAY:

Jacqueline SIMONEAU (Gold Medallist: Artistic Swimming – Duets) on their performance on the ritual they have before going out to compete:

“We hold each other’s hands and we look each other in the eye and we say, ‘I trust you’. And then there’s a secret word that we say right before we go. We came up with this the moment we started swimming together. It’s a ridiculous word but for us it just means having a calm confidence. It’s Perry. Perry the platypus. It’s a TV character on the Disney show Phineas and Ferb.”

“Words can’t describe how I’m feeling right now. I’ve been training with the national team for almost 8 years, and to be able to say that I’m going to the Olympics is just incredible. We’ve had July 31st circled on our calendar since January, and now we’ve done it!”

“It was such a special moment. Before we swam our coach Gabor [SZAUDER, HUN] was like, ‘Jackie, go for a second Olympics’, and ‘Claudia, become an Olympian’.”

“I think it’s the team one. Team is always my favorite. I know how hard the team has worked, so going out there and being able to share the silver medal with these girls is just amazing. And not only these ones that were here, but also the ones that are back home training. All the medals are very special, but it’s great to share it with your team-mates. Personally I have hit a lot of routines, that was me trying to work on my consistency. Being calm, cool, going out there. I am really, really happy with this.”

“I try not to set my goals too high. I didn’t really think that I could make the top-3. Right away I think of the things I could have done better and I’ll work on for next time, little outbound things that are out of my line, so I didn’t think I would get that. I’ve been trying for so long, just working so hard in the gym for years now, and to finally come out on top like this is pretty crazy.”

“The previous two days, I was on but not quite on, since the previous event but in this event I was on all day and and it feels wonderful because it’s been 28 years since my first team medal in the Pan Am Games where I got gold in Cuba in1991. And so it’s almost three centuries or three decades here before for winning another medal.”

Q. Which two Canadians who won gold at the 2015 Pan Ams and 2016 Olympic Games in the same event?