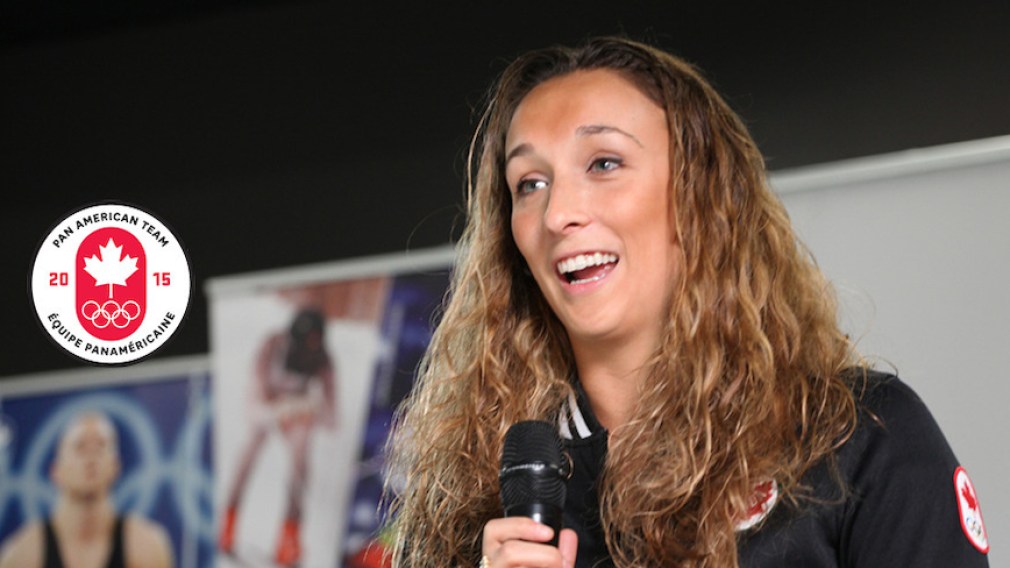 With her, Marcotte brings a wealth of international competition experience, making her an excellent addition and a great role model for the Canadian Team.

At the Delhi 2010 Commonwealth Games, Marcotte was the alternate for the gold medal-winning duet. Earlier that year she had won bronze in the team event at the FINA World Cup.

Marcotte made her Olympic Games debut in 2008 and finished fourth in the team event. In 2011, she was a double gold medallist at the Pan American Games in Guadalajara in the team event and in the duet event with partner Marie-Pier Boudreau Gagnon, qualifying spots in both events for London 2012. She then competed in her second consecutive Olympic Games in 2012 and finished in fourth place for the duet competition with partner Marie-Pier Boudreau Gagnon and in fourth place for the team competition. Marcotte announced her retirement after the London Games.

Marcotte was offered the opportunity after Josée Grand’Maître accepted a position with the COC as Manager, Team Services.

“I am honoured to have been offered such an amazing opportunity to help lead my country on home soil. Having competed at both the Pan Am and Olympic Games, I know I can bring great experience to the Canadian Team and help our athletes perform at their best against the Americas.”

“Congratulations to Élise on being selected as Assistant Chef de Mission for the Toronto 2015 Pan Am Games. Élise was an outstanding athlete who has a wide-range of Games experience. She will be an excellent asset to our Canadian Team and will help guide Canada’s athletes in their efforts to reach the podium this July.”

“Waneek and I are thrilled to welcome Élise to the team. She brings with her a skilled and passionate energy that will go a long way in ensuring that all members of Team Canada are positioned to perform at their very best here at home this summer.”