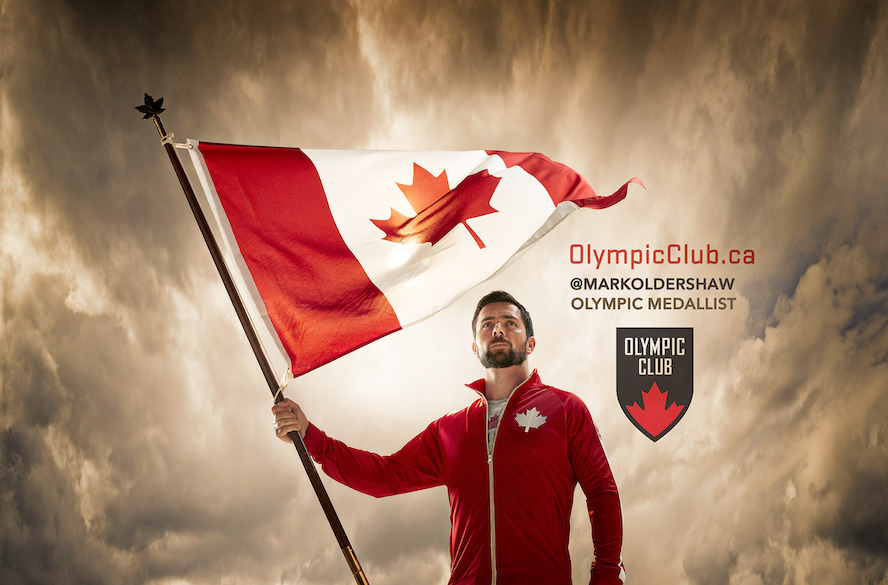 OTTAWA — The celebration started early today, as the President of the Canadian Olympic Committee (COC), Marcel Aubut, revealed for the first time on @TeamCanada and on Facebook that Mark Oldershaw, a third-generation Olympian who captured bronze at London 2012 in Canoe, will be Team Canada’s flag bearer at the TORONTO 2015 Opening Ceremony. Later today, Oldershaw will appear at an event on Parliament Hill to share his excitement with his fellow Canadians.

In what’s sure to be a dramatic and emotional moment, Oldershaw will lead Canada’s largest delegation ever at a Pan American Games into the Pan Am Ceremonies Venue. As the host nation, Team Canada will be the last team to enter the stadium in front of 50,000 live fans and millions of television and media viewers worldwide.

The passion and enthusiasm that Canadians have for Team Canada is unparalleled, and this fandom will only grow in the last 10 days leading up to the TORONTO 2015 Pan American Games. Now, for the first time ever, Team Canada fans have a novel way to connect with their favourite athletes and other like-minded Canadians with today’s launch of Olympic Club, the new official online fan club for the Canadian Olympic Team – an all-access community that connects and rewards passionate Team Canada fans, 24/7/365.

Driven by social media and gamification, Olympic Club is a next-generation digital fan club offering physical and social rewards, one-click contest entry and exclusive content built for today’s fan base. With Team Canada having more than one million fans between Facebook and Twitter, making it one of the largest social and digital fan bases in the world on a per capita basis, the one-of-a-kind Olympic Club is the next natural evolution in uniting millions of Team Canada enthusiasts globally. The Olympic Club platform itself will also be an evolution as fans can expect new features, benefits and content to be added on the road to Rio 2016.

Mark Oldershaw was born February 7, 1983 in Burlington, Ontario. The fifth member of his family to compete in an Olympic Games, he started racing at age nine. His athletic career, however, hasn’t been without its challenges and he has used sport to overcome many battles in his life. In 2003, Oldershaw developed a non-cancerous tumour in his left hand that required two surgeries and seriously impacted his training for two years. It was Oldershaw’s supporters, love of sport and desire to return to competition that gave him the energy and drive to fight back and recover.

This will be Oldershaw’s first time competing at a Pan American Games. Coached by his father, Scott, Oldershaw trains at the Burloak Canoe Club in Oakville, Ontario, with fellow medallist Adam van Koeverden. Appropriately, Oldershaw competes in a sport that uses the canoe, which is deeply linked to Canada’s history and heritage.

“I am bursting with pride at being named Canada’s flag bearer. As Team Canada marches into Opening Ceremony for the Games, I will be thinking of all my teammates and of my grandfather, father and uncles who paved the way for me with their love of sport. I am so thankful for their support and the support of the Team Canada fans. As a nation, we adore sport, which is why I love the idea of the Olympic Club and am proud to be part of it. As athletes, we need all the support we can get, so I encourage fans to sign up to get behind Team Canada and engage with us like never before – I’m all for it.”

“It doesn’t get more patriotic than the Canadian Olympic Committee celebrating our nation’s birthday by announcing our flag bearer, officially naming Team Canada’s athletes and launching Olympic Club all on Canada Day. The Canadian flag bearer is selected based on their leadership abilities and their embodiment of sport ideals, and Mark reflects all of these qualities. I encourage all Canadians to support and learn more about Mark and the rest of Team Canada through Olympic Club. It’s #NowOrNever. En Garde!”

“The COC wants to celebrate the fact that Canadian athletes inspire pride. Mark Oldershaw is impressive and hungry for success. He is also a role model and someone to look up to and inspire our youth. I want to recognize that TO2015 is doing a superb job of organizing these Games and thank the Government of Canada, the Government of Ontario and the City of Toronto for their support. I could not think of a better way to celebrate Canada’s Year of Sport.”

“Team Canada fans are the best in the world so we designed a world leading online fan club to give them more of what they want – access to their athletes. Olympic Club gives us an opportunity to reach out to all of our fans and to do more than just speak with them, but engage and unite them. It is a way to get closer to Team Canada than ever before. Our goal is to create a virtual stadium connecting our fans wherever and whenever we can leading up to and during the Games.”

“The Olympic Club is a next generation digital fan club for a new generation of fans – driven by social media and gamification. It’s the first of its kind for any national Olympic Team and breaks new ground in this space. We designed it for the fans from the ground up, offering them new ways to be closer to Team Canada athletes. This brand new all-access community unites and rewards passionate Team Canada fans across the world, 24/7/365.”