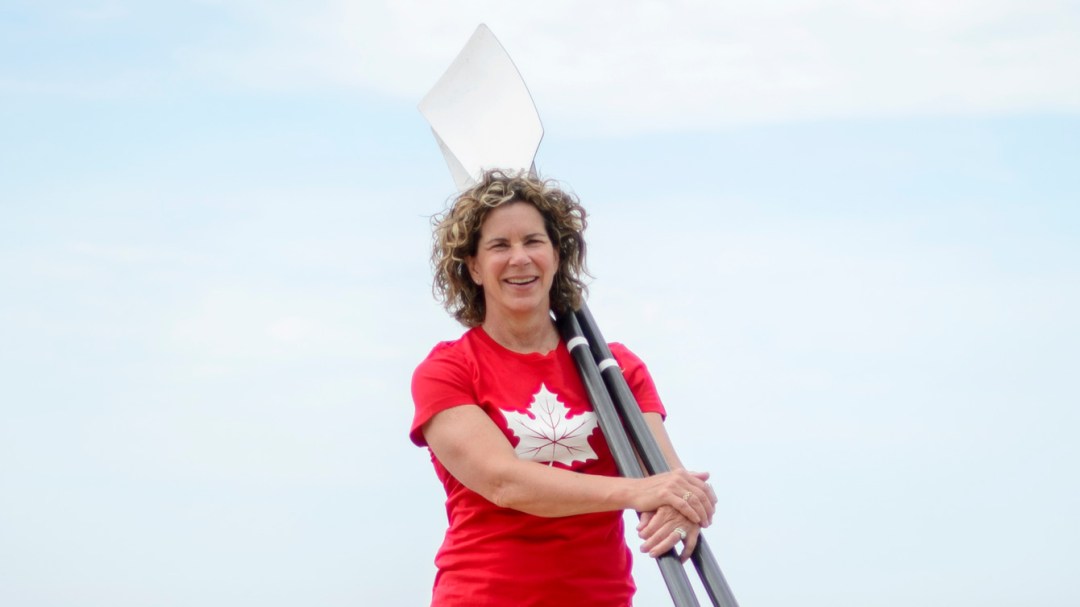 OTTAWA (July 1, 2019) – Toronto native Marnie McBean, one of Canada’s most decorated Olympians, has been named Team Canada’s Chef de Mission for the Tokyo 2020 Olympic Games. The Canadian Olympic Committee made the announcement Monday on Parliament Hill in Ottawa as part of official Canada Day celebrations.

McBean made two Olympic appearances in rowing where she captured four medals, including three gold, making her one of just two Canadians to be a triple gold medallist at the Summer Games. The other is Kathleen Heddle, McBean’s partner in the coxless pair at Barcelona 1992 and in the double sculls at Atlanta 1996. They were also members of the champion eights crew in Barcelona and won bronze in the quadruple sculls in Atlanta.

McBean says she still is not sure how she was able to accomplish what she did at the Games.

“Looking back, it’s incredible to me that I was able to have so many amazing Olympic moments,” said McBean. “It’s like, how did “someone like me” do that?”

“At my first Games, I’m not sure which was the bigger asset, the volumes of our training and preparation or the fact that we were young and naive.”

“As Kathleen and I approached our second Games, the expectation that we would win threatened to take away all the joy but we found a way to keep the lead. It’s true that winning never gets easier.”

Over her rowing career, representing Canada from 1987 to 2000, McBean won a total of 12 World and Olympic medals.

An Officer of the Order of Canada, McBean was inducted into the Canadian Olympic Hall of Fame in 1994 and Canada’s Sports Hall of Fame in 1997. She is a recipient of the Governor General’s Meritorious Service Medal and has been given the Queen’s Diamond Jubilee Medal. In 2002, she was presented the Thomas Keller Medal by World Rowing in recognition of her outstanding international career.

Canadian Olympic Committee President Tricia Smith, who is a four-time Olympian and Olympic silver medallist in rowing, says she is delighted for her fellow Rowing Canada Aviron alumnus.

“I’ve had the pleasure of getting to know Marnie over the years and have always been amazed by her accomplishments. She is an incredible individual. Since her own sport success, she has been an inspiration and mentor for many of Canada’s athletes, helping them succeed even beyond the field of play. She is a legend in our sport and I know she will be equally as exceptional as Chef de Mission!”

The responsibilities of being Team Canada’s Chef de Mission will not be anything new to McBean. Since retiring from competition in 2000 due to a back injury, she has been an active athlete mentor and advocate.

“In Sydney, when the chance to medal disappeared with a blown disc in my back, I learned more about myself, kindness and the Olympics, than I could otherwise have imagined,” said McBean. “I suppose the door to my becoming a mentor opened right then.”

McBean has worked with the Canadian Olympic Committee in the recent past as a specialist in Olympic Athlete Preparation and Mentoring. Her objective was to prepare athletes emotionally and psychologically to give their best performance possible at the Olympic Games.

“Canadians used to be uncomfortable declaring their confidence on the world stage, and it showed in our performance – we were putting our goals in chalk instead of stone,” said McBean.

“Without arrogance, now Canadians bravely project readiness and our ambitions indelibly in stone. To find that courage, the message I share with elite athletes, school kids and corporations, is that there are no superheroes out there. It’s ordinary people like us, like you, who achieve incredible things.”

While her focus will be performance on the field of play, McBean says one of her main objectives will be to create a safe and welcoming environment for Team Canada to speak openly about their passions outside sport.

“It is our role as the Mission Team to do everything we can so that when an athlete’s Olympic competition begins they are in peak condition. Athletes shouldn’t arrive to their field of play exhausted and stressed from trying to negotiate social and cultural barriers.”

“Our team is going to be a safe and open space for self-expression and dialogue. We make ourselves stronger when we include everyone, consider all perspectives and weigh critical feedback.”

Fifty-six years after hosting the Olympic Games for the first time, the city of Tokyo will welcome the world again from July 24 to August 9, 2020. The Tokyo 2020 Olympic Program will feature 33 sports with 339 medal events. More than 11,000 athletes and officials from 206 countries are expected to attend the Games.