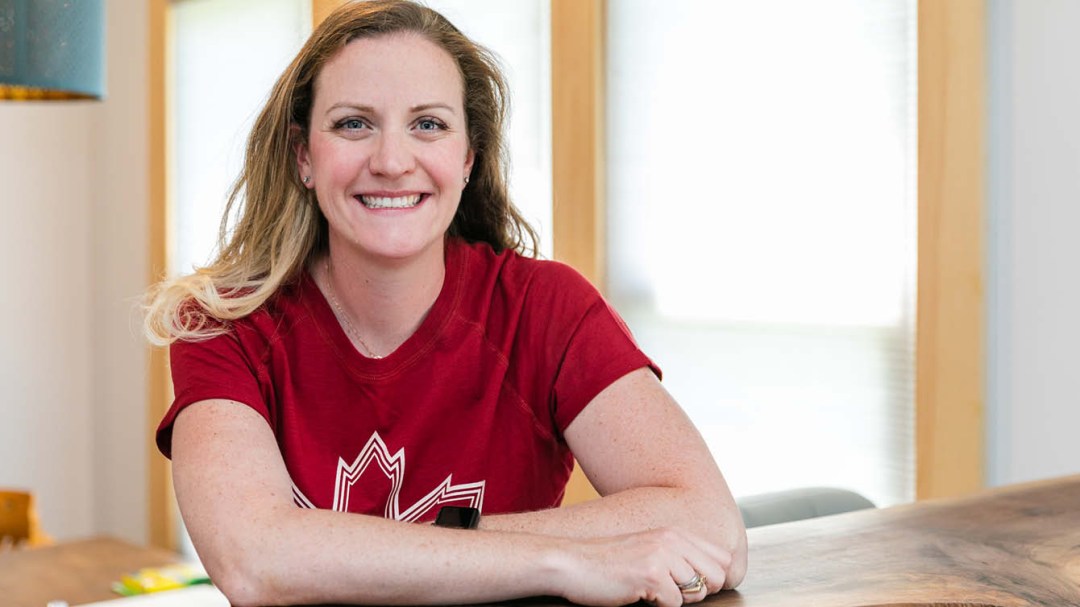 TORONTO (June 13, 2019) — At the age of 35, Annamay Oldershaw, who competed for Canada in swimming at the Beijing 2008 Olympic Games, is focused on going to another Games – except this time she has a much different role.

On Thursday, the Canadian Olympic Committee announced Oldershaw as Team Canada’s Chef de Mission for the 2020 Winter Youth Olympic Games to be held in Lausanne, Switzerland.

As Chef de Mission, she will be responsible for providing overall leadership for Team Canada, by creating a positive and supportive environment conducive to achieving optimal performance for all of the teenaged team members.

“It’s an absolute honour to be selected as Chef de Mission,” said Oldershaw. “To know that I will be representing Canada again on the international stage, nearly 10 years later, is incredibly exciting.”

In the fall of 2012, Oldershaw retired from competitive swimming after battling a serious illness she had contracted two years earlier. It was not before a phenomenal career for the breaststroke specialist, however, who proudly represented Canada from 2000 to 2012.

At the 2009 FINA World Championships in Rome, she broke the women’s 200m breaststroke world record with a time of 2 minutes and 20.12 seconds and went on to win the silver medal in the final. That world record stood for three years before being broken at London 2012, but Oldershaw still holds five Canadian records.

“Looking back at it all, I consider myself very lucky to have had the career I did and to have competed at the Olympics, representing Canada, is something I will never forget,” she said. “Like most athletes though, the good times came with the bad, moments where I just didn’t want to swim anymore. Thankfully, I had friends and mentors that I could lean on to get through it all and that is my goal in Lausanne, to be that someone these kids can talk to.”

Oldershaw, who grew up in Edmonton but now resides in Hamilton, knows a thing or two about inspiring kids.

She works for the Halton District School Board as a teacher at River Oaks Public School. She is also a coach for the Etobicoke Swim Club’s elite team, working with swimmers aged 12 to 18.

At home, she is a mother to two young daughters, Josephine and Margaret, with husband, Mark Oldershaw, a three-time Olympian and Olympic bronze medallist in canoe sprint.

“I love watching kids grow and I think it’s going to be a privilege to be able to watch these next generation athletes in Lausanne develop into Canada’s future Olympians.”

Twenty-six years after it was bestowed the title of Olympic Capital, Lausanne will be welcoming the third edition of the Winter Youth Olympic Games January 9-22, 2020.

The Youth Olympic Games are an international Olympic sporting event of the highest level for athletes aged 15-18.

They combine sports performance, culture and education in an authentic celebration of sport with a festive atmosphere. The aim is to encourage young people to adopt and represent the positive values of sport – respect for others, for themselves and for our environment; friendship between people and cultures; and, excellence in self-giving – and to become sports ambassadors throughout the world.