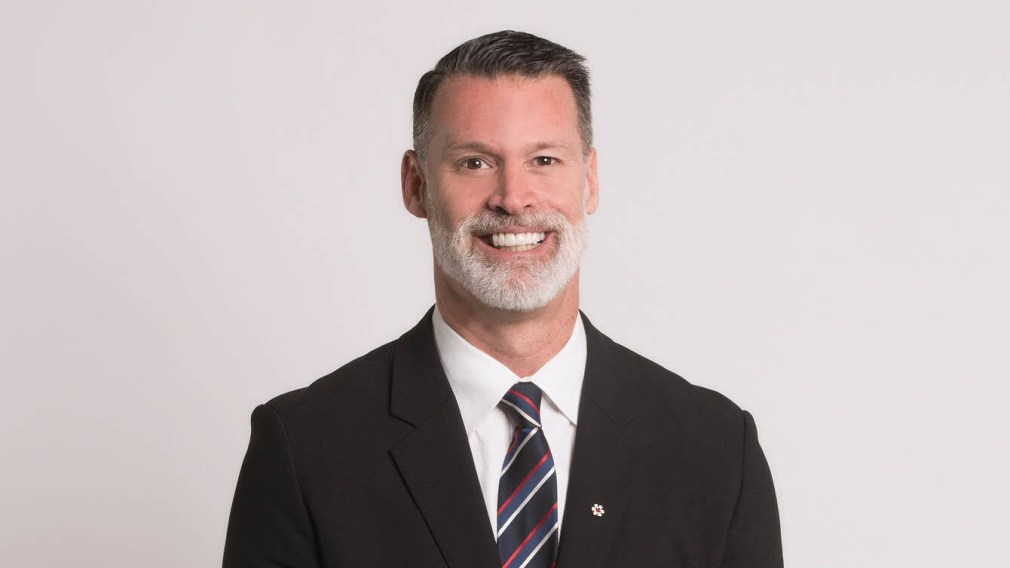 TORONTO (November 27, 2020) – Recognition of leadership in the Olympic Movement and for social change reached an important milestone Friday as Olympic champion, humanitarian and 2SLGBTQI advocate Mark Tewksbury was appointed Companion of the Order of Canada.

The Order is one of this country’s most prestigious honours.

“I had no idea when I won the Olympics so many years ago that it was just the beginning of my journey, not the end,” said Tewksbury, a Calgary native who serves as a Canadian Olympic Committee (COC) Board Director. “I have never shied away from standing up for what I believe in or for using my voice to speak for those who might not have been able. It is an incredible honour to be appointed Companion of the Order of Canada not just for my sport accomplishments but for my fight for equity, inclusion and human rights for all.”

Also recognized by the Order of Canada Friday is Montreal 1976 Olympic rower Dr. Sandra Kirby who was appointed an Officer for her pioneering research on athlete harassment and for her sustained efforts as an advocate for equity, inclusion and safety in sport. Three-time Olympic champions Scott Moir and Tessa Virtue were appointed Members for excellence in their sport and inspiring the next generation of figure skaters.

Established in 1967, The Order honours people whose service shapes society, whose innovations ignite imaginations and whose compassion unites communities. Companion is its highest level, recognizing those who have demonstrated the greatest degree of merit to Canada and humanity.

With his appointment, Tewksbury joins the company of fellow Olympians Dick Pound and Wayne Gretzky among other legendary Canadians such as Margaret Atwood, Leonard Cohen, Adrienne Clarkson, Terry Fox and David Suzuki.

“Mark is so deserving of this honour,” said four-time Olympian, Olympic silver medalist and COC President, Tricia Smith, “He is widely respected as a trailblazer and humanitarian, and, of course, for his incredible achievements in swimming. Mark is all about integrity and is unwavering in his pursuit of making the world better. A huge congratulations also to Sandra, Tessa and Scott, who are truly formidable champions, and tremendous representatives of Canadian and Olympic values.”

Tewksbury is a renowned orator, committed to humanitarianism. Working with the International Olympic Committee as an athlete representative, he earned international respect as a leader and prominent advocate for the 2SLGBTQI community worldwide.

“Mark is not only an Olympic champion but a champion for fair, inclusive and safe sport, both nationally and internationally,” said COC Chief Executive Officer and Secretary General David Shoemaker. “He fights for what he believes in, pushing those around him to aspire to even greater heights. I wasn’t in Barcelona to see him win gold in 1992, but it’s a privilege to witness his excellence today. To see four Olympians recognized at all three levels of the Order of Canada makes this a truly historic day for the Olympic Movement in Canada.”

Tewksbury, a backstroke specialist, made his Olympic debut at Seoul 1988, where he won a silver medal as a member of the 4x100m medley relay team. At Barcelona 1992, he came from behind to set an Olympic record time of 53.98 seconds in the 100m backstroke to earn Canada’s first gold medal at those Games. He also won a bronze as a member of the 4x100m medley relay team. That same year, Tewksbury won the Lou Marsh Award as the Canadian Athlete of the Year and retired from competitive swimming. He has since served as the Chef de Mission of the Canadian Olympic Team at London 2012 and remains a quintessential part of the Olympic Movement in Canada.

For his athletic achievements, ethical leadership, and contribution to society, Tewksbury has received five honorary degrees, the Queens’s Jubilee Silver Medal, the Meritorious Service Medal from the Governor General of Canada and the 2019 Muhammad Ali Humanitarian Award for Gender Equality. In addition to his work as a Board Member for both the Canadian Olympic Committee and Canadian Olympic Foundation, Tewksbury has served as Chair of the Special Olympics Canada Board of Directors and is currently a highly sought-after public speaker and co-founder of Great Traits Inc.