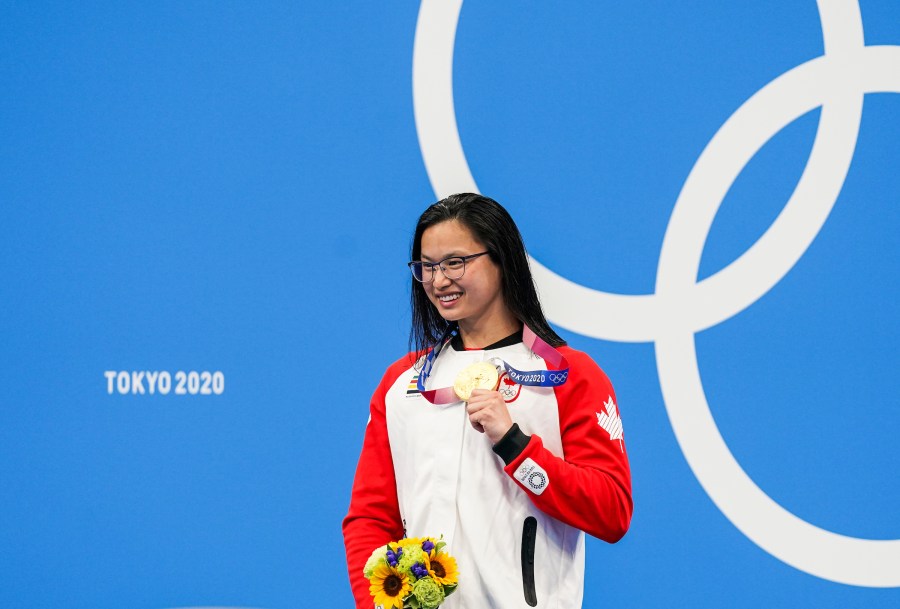 “It is such a great honour to receive this award,” said Mac Neil, from London, Ontario. “There are so many amazing athletes who competed in the Tokyo 2020 Olympic Games. With all we have been through the last year and a half, this makes it even more special.”

The 21-year-old was a crucial part of Team Canada’s success in the pool. Mac Neil swam the second leg of the women’s 4x100m freestyle relay, which earned Canada its first medal of Tokyo 2020 – a silver. Mac Neil then captured hearts with her sincerity and genuine excitement when she realized she won the 100m butterfly, Canada’s first gold at Tokyo 2020. Her time of 55.59 seconds set an Americas region record and lowered her own national record by almost a quarter of a second. On the final day of competition in the pool, Mac Neil swam the butterfly leg in the final of the women’s 4x100m medley relay as Team Canada set a national record to win bronze.

“When Maggie won her gold medal on Day 3 of the Games, it blew the lid off of our team’s simmering pot,” said Marnie McBean, Team Canada’s Tokyo 2020 Chef de Mission. “To perform at that level having spent a significant amount of time training in her backyard pool in London, Ontario, confirmed to the rest of the team that unique, less than ideal, training programs could result in world class results. Her three-medal performance was a catalyst for Team Canada – in and out of the water – to believe in great things.”

Mac Neil is a student at the University of Michigan where she competes collegiately for the swim team. She won the world title in the 100m butterfly at her FINA World Championships debut in 2019, her first senior international competition. She was later named Swimming Canada’s Breakout Swimmer of the Year in 2019.