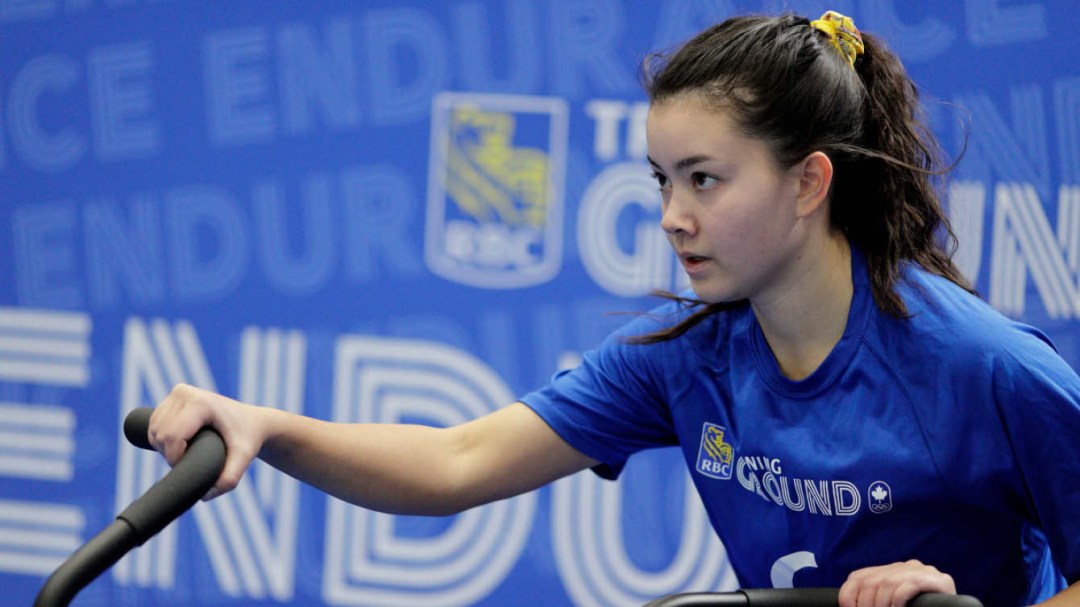 Additionally, 18 Beijing-bound RBC Olympians preparing for Beijing 2022 will be program ambassadors, using the spotlight of the Games to encourage athletes in their hometowns to participate and launch their own Olympic dreams through RBC Training Ground.

Year seven of RBC Training Ground will return this spring with plans for free in-person qualifying events across the country, guided by local health and safety protocols. The virtual testing format will remain open to athletes who are unable to join in person. Program accessibility, diversity, and inclusion will continue to be prioritized.

At each qualifying event participants will perform speed, strength, power, and endurance benchmark testing in front of National Sport Organizations. The top athletes will be selected as RBC Future Olympians who receive funding, mentorship, and other resources to pursue their Olympic dreams.

Registration and the most up-to-date event information for all local RBC Training Ground events is available at RBCTrainingGround.ca. We continue to monitor the situation surrounding COVID-19, consulting with health authorities. The health and wellness of everyone involved in RBC Training Ground, and of our communities as a whole, remains our top priority.

Since its inception in 2016, the program has tested 10,000 athletes across Canada, with over 1,300 athletes being identified by National Sport Organizations as having Olympic potential (many in a sport they had never considered). National Sport Organization program partners in 2022 include: Bobsleigh Skeleton Canada; Canoe Kayak Canada; Cycling Canada Cyclisme; Freestyle Canada, Luge Canada; Rowing Canada Aviron, Rugby Canada; Speed Skating Canada; and Volleyball Canada – all looking to identify new talent for development.

“We are thrilled to launch year seven of RBC Training Ground in our 75th year as a long-standing partner of the Canadian Olympic team. What began as an idea in 2016, has since become a cornerstone in championing the dreams of young people and developing the next generation of Team Canada. Building off the incredible success of Tokyo 2020, we look forward to supporting the RBC Olympians and RBC Training Ground athletes competing in Beijing 2022, and continuing to discover new athletes with Olympic potential.”

“RBC Training Ground is a gamechanger and a real life example of how a Team Canada partner can change the fate of young Canadian athletes. This amazing program quite literally makes Olympic dreams a reality. We are delighted to see the program returning for its seventh year and excited about the prospects of RBC Training Ground graduates competing at Beijing 2022 in just a few days. We know how Team Canada inspires Canadians to Be Olympic, and we strongly encourage young Canadians to take advantage of this free opportunity to kickstart their campaigns for Paris 2024, Milano Cortina 2026 and beyond, so they can then inspire the next generation of champions.”

“RBC Training Ground is designed to help identify and support the next generation of Olympic talents, and provide athletes with the high-performance sport resources needed to achieve their podium dreams. While some participants are looking to re-energize or boost an Olympic dream in a sport they are already pursuing, others participate with the hope of being discovered and directed toward an Olympic sport they may have never considered. But they all rely on raw athleticism and determination to attract the attention of our sport partners and are excited to see where this program can take them.”

“We are so happy to see the continuation of this groundbreaking program. RBC Training Ground has provided a conduit to connect athletes and sport like never before in Canada. The program’s unique concept and ongoing support of athletes has clearly brought Freestyle Canada and the entire Canadian sport system some amazing future stars!”

“It was at an RBC Training Ground event that I discovered I might be a good fit for aerial skiing. After receiving RBC Future Olympian funding to pursue the sport, I’ve never looked back. I’m living proof that this program helps make Olympic dreams a reality.”

Royal Bank of Canada is a global financial institution with a purpose-driven, principles-led approach to delivering leading performance. Our success comes from the 87,000+ employees who leverage their imaginations and insights to bring our vision, values and strategy to life so we can help our clients thrive and communities prosper. As Canada’s biggest bank, and one of the largest in the world based on market capitalization, we have a diversified business model with a focus on innovation and providing exceptional experiences to our 17 million clients in Canada, the U.S. and 27 other countries. Learn more at rbc.com.