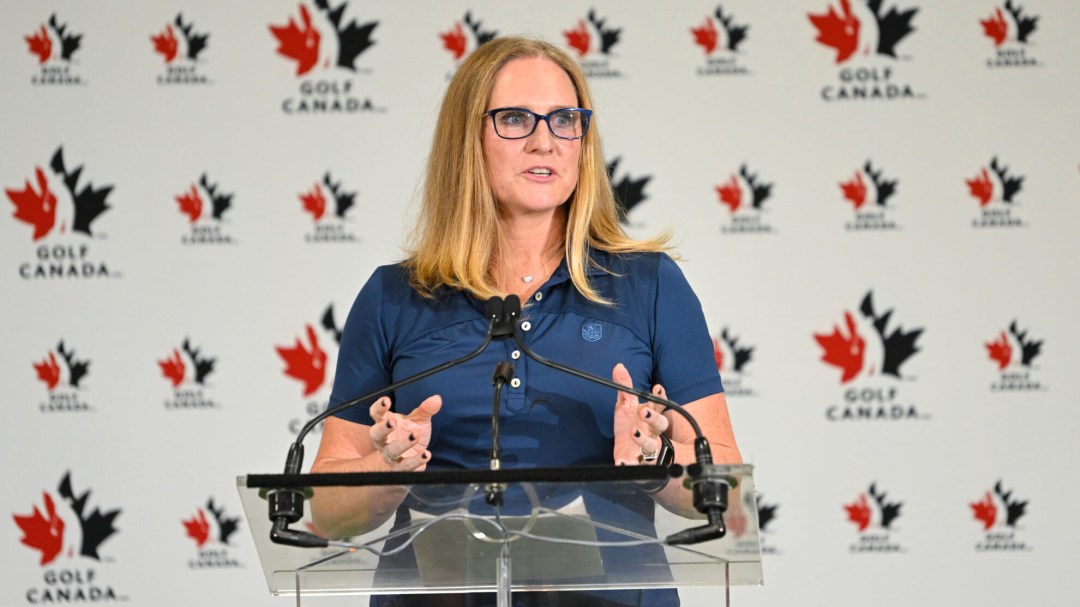 The Stollery Family, long-time supporters of Canadian golf and especially the women’s game including junior girls and high-performance activities, have donated a total $2M to the Golf Canada Foundation and the Canadian Olympic Foundation in support of the Team Canada program to help fund the Women’s Head Coach position over a 30-year term.

“We are so honoured that the Stollerys, a family with such a long history of philanthropy and promoting sport, has chosen to make this meaningful gift in support of women’s golf,” said Golf Canada President Liz Hoffman, who also sits as a Board Member on the Golf Canada Foundation. “We are excited for what this means for the growth of the women’s game, and the powerful statement it makes in support of coaching across Canada.”

Seven sisters –Cailey, Victoria, Gillian, Lindsay, Claire, Sarah, and Hannah – have proudly carried on the family legacy of support for the game initiated by their late father Gordon Stollery. Among other successful business ventures, the Stollery Family are the owners and operators of Goodwood Golf Club in Goodwood, Ont. as well as Angus Glen Golf Club in Markham, Ont. which has played host to numerous major golf championships including the CP Women’s Open (2001), the Telus Skins Game (2001), the RBC Canadian Open (2002, 2007) and the golf competition of the 2015 Pan Am Games. Angus Glen is also proud host of the annual World Junior Girls Golf Championship, presented by Sargeant Farms, set to return October 12-15, 2022. The Stollery Family have also been long-time supporters of the Golf Canada Foundation including events such as the popular Wine, Women’ & Shoes Fundraiser. The generosity of the Stollery Family has supported numerous charitable legacies including a $5M donation to Markham Stouffville Hospital which named the Stollery Family Centre for Childbirth and Children in their honour.

“Our family recognizes and values the critical role that women’ golf and high-performance coaching can have on the overall growth of a sport that has meant so such much to us all,” said Cailey Stollery who sits on the Board Directors of both the Golf Canada Foundation as well as the Canadian Olympic Foundation. “In making this gift, we believe in the renewed vision of Golf Canada’s high-performance program and hope that others will come forward to join us in this journey.”

The Stollery Family’s major gift to fund the Women’s Head Coach position is the first of its kind for a Canadian National Sport Federation head coaching position.

“This gift from the Stollery Family is remarkable, and a clear indication of the entire family’s shared belief in the transformational power of sport,” says Jacqueline Ryan, Chief Brand and Commercial Officer of the Canadian Olympic Committee and CEO of the Canadian Olympic Foundation. “This contribution is truly inspiring and will help shape the exciting future of women’s golf in Canada for years to come.”

The continued expansion of the National Team Program through major donor gifts is a driving force behind Golf Canada’s enhanced support of the High-Performance Program with a goal to advance 30 Canadian athletes to the LPGA and PGA TOUR by 2032.

ABOUT THE GOLF CANADA FOUNDATION

The Golf Canada Foundation is the leading source for golf philanthropy in Canada, granting more than $12 million to golf programs since 2012, and $13.4 million invested in the sport since the Foundation’s inception in 1979. The foundation’s mission is to support and promote programs that increase participation in golf by engaging players of all ages and abilities across Canada. For more information about what the Golf Canada Foundation is doing to support golf in your community, visit us online at www.golfcanadafoundation.com.

Golf Canada is the National Sports Federation and governing body for golf in Canada representing more than 300,000 golfers and 1,435 member clubs across the country. A proud member of the Canadian Olympic Committee, Golf Canada’s mission is to increase Canadian participation and excellence in golf. For more information about what Golf Canada is doing to support golf in your community, visit www.golfcanada.ca.