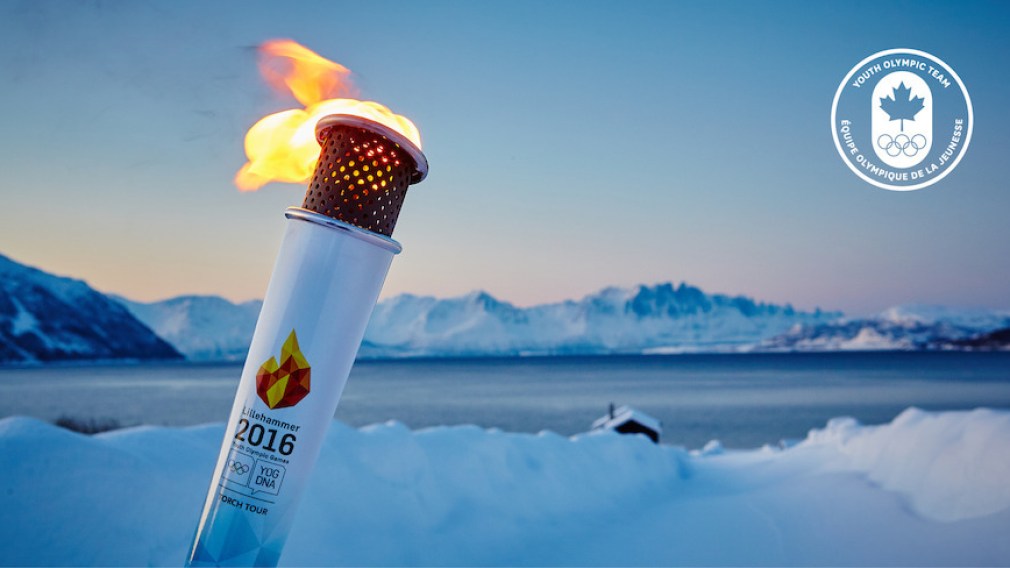 TORONTO — On Monday, the Canadian Olympic Committee (COC) announced the team of 54 athletes that will represent Canada at the 2016 Winter Youth Olympic Games in Lillehammer, Norway, from February 12 to 21. Benjamin Churchill will lead Team Canada into the Opening Ceremony as the flagbearer.

The 17-year-old Calgary native is one of Canada’s most promising biathletes. He won the men’s 15km individual event and led Team Alberta to silver in the men’s 3 x 7.5km relay at the 2015 Canada Games in Prince George, B.C. Competing since 2010, Churchill has won six career medals at the Canadian Championships.

The Olympic city of Lillehammer will host 1100 of the world’s best young winter athletes from 71 nations. These promising athletes aged 15 to 18 will compete in 70 medal events using some of the venues from the 1994 Olympic Winter Games. Two daily update shows and the event of the day will be streamed on CBCSports.ca

In addition to competition, the athletes will take part in a wide range of cultural and educational activities to help them develop the skills needed to be successful in their careers as adults. The team will be led by Chef de Mission Isabelle Charest, a three-time Olympian and Olympic medallist in short track speed skating. Charest made her Olympic debut at Lillehammer 1994 where she won silver in the 3000m relay. Fellow Olympian, Eric Mitchell, a ski jumper who competed at Vancouver 2010, joins the team as their Young Ambassador.

The full athlete contingent which will represent Canada at the Lillehammer 2016 Winter Youth Olympic Games includes:

“It is such an honour to be Team Canada’s Chef de Mission for the Lillehammer 2016 Winter Youth Olympic Games. Lillehammer was the setting of the beginning of my Olympic journey, and the 1994 Games shaped the rest of my life. I know the Youth Olympic Games can do the same for the young athletes who will take part. It will be a major milestone in their careers and I’m thrilled to be a part of it and use my experience to help them reach their potential. I’m thrilled to work with the ones who will inspire future generations of athletes.”

“The Youth Olympic Games is a great event because it will help participants grow into not only great athletes but also well-rounded young adults. It has a strong educational component delivered through workshops and cultural exchanges. These teenagers will develop skills and knowledge that will help them become champions on and off the field of play, in their future careers and throughout their lives. They will have the opportunity to learn these vital skills from sport legends, empowering them to be true leaders in their communities when they return home to Canada. I wish I’d had the opportunity to compete, learn and share in an event like this, I know it would have helped to prepare me for the big Olympic stage at Vancouver 2010.”

“Representing Canada at the Youth Olympic Games has been a dream come true, and to go as flagbearer will make this experience even more special. Canada’s winter sport legacy has been crafted by generations of determined, persistent, and courageous athletes, and it is my sincere hope to honour that history during these Games. Hoisting the maple leaf, a unifying symbol for Canada, is something I will do with pride.”

“Biathlon is a sport that has largely flown under the radar in Canada over the last two decades, but as Biathlon Canada has continued to invest in our athletes, we’ve seen increased success internationally, and are now witnessing the next generation successfully developing through the system. Ben is proof of this. His much-deserved selection to lead Team Canada into the Youth Olympic Games reinforces our program is headed in the right direction. He is an exceptional young Canadian both on and off the ski trails.”