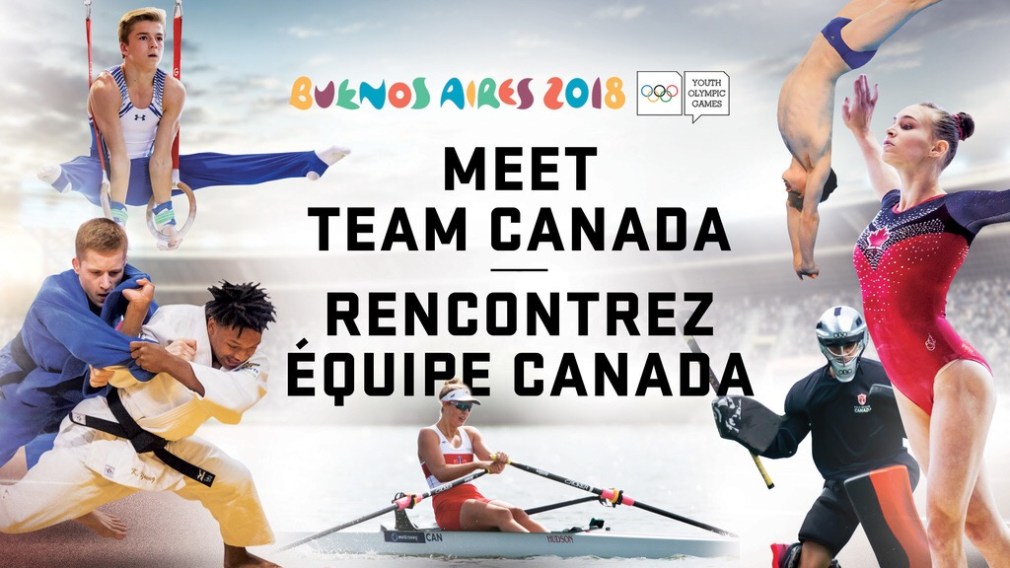 (Update: Team Canada has been reallocated an additional boxing quota by AIBA to bring the total athlete count to 72)

TORONTO (September 25, 2018) – On Tuesday, the Canadian Olympic Committee (COC) announced the team of 72 athletes and 28 coaches that will represent Canada at the 2018 Youth Olympic Games in Buenos Aires, Argentina, from October 6 to 18.

In the eight years since their inception, Canada has seen a number of promising athletes develop thanks to their participation at the Youth Olympic Games. Twenty-two Canadian Youth Olympians have gone on to represent Canada at the Olympic Games or Olympic Winter Games.

The city of Buenos Aires will host the largest multi-sport competition for the world’s best young summer athletes from over 200 nations. The 3998 athletes, between the ages of 15 and 18, will compete in 241 medal events across 32 sports. With 1999 male and female athletes, this will be the first ever Olympic event to feature total gender equality in competition. In addition to competition, athletes will participate in a wide range of cultural and educational activities that promote Olympism and its values.

Squash has been chosen as a showcase sport at Buenos Aires 2018. 18 young male and 18 young female ambassadors were nominated by the World Squash Federation including Canada’s James Flynn. Learn more here.

“It is such an honour to be Team Canada’s Chef de Mission for the Buenos Aires 2018 Youth Olympic Games. The opportunity to compete at the Olympics changed my life, and I have no doubt that the ability to take part at the Youth Olympic Games will do the same for the young athletes taking part. I am so excited to help them reach their potential.”

“Congratulations to all of the athletes named to represent Canada at Buenos Aires 2018. The Youth Olympic Games are a great opportunity for our athletes to compete in a unique multi-sport environment that broadens the Olympic experience. I wish them all the best at the Games.”