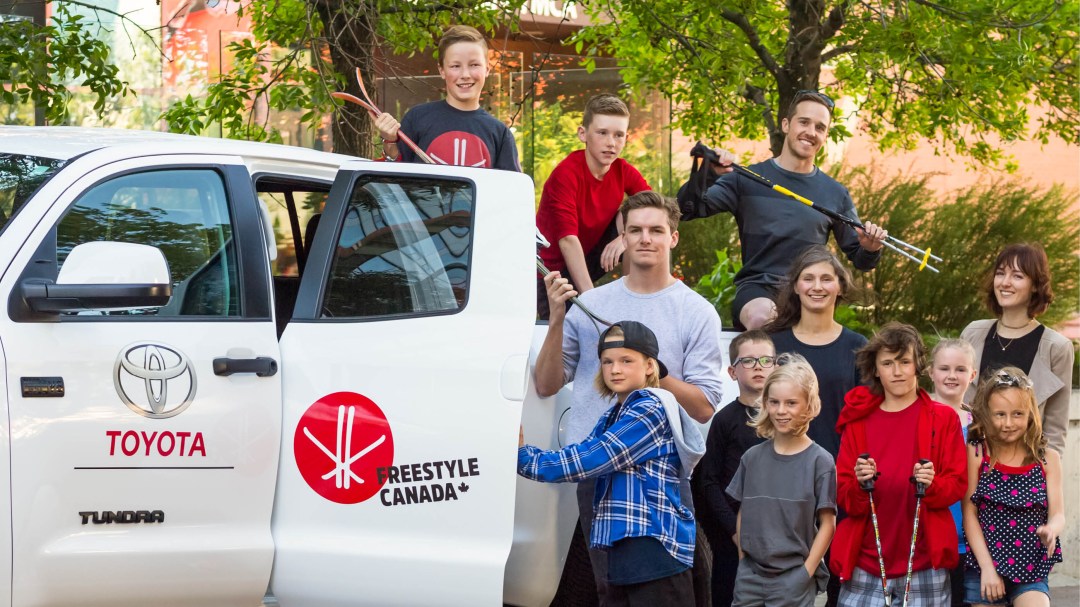 TORONTO (November 9, 2017) – Toyota Canada Inc. announced on Thursday it will be an Official Partner of both the Canadian Paralympic Committee and the Canadian Olympic Committee for the next eight years. The company is marking the occasion with the Canadian launch of a global marketing campaign featuring 10 Canadian athletes with extraordinarily inspirational stories.

Beginning with the Olympic and Paralympic Winter Games PyeongChang 2018, Toyota will serve as the Official Mobility Partner of Team Canada through to 2024.

Through these partnerships, Toyota is hoping to inspire more Canadians to reach their potential and to achieve what may seem to be impossible in their lives, while supporting the elite Canadian athletes who provide this inspiration as they chase their Paralympic and Olympic dreams.

“Toyota is proud to partner with the Canadian Paralympic Team and the Canadian Olympic Team, and to support the athletes who will be representing our country on the biggest stage in the world,” said Larry Hutchinson, President and CEO, Toyota Canada Inc. “These teams and athletes elicit Canadian pride and, perhaps even more importantly, inspire people to start their own impossible and reach their true potential.”

“On behalf of the Canadian Paralympic Committee, we are delighted to be partnering with Toyota Canada on a shared mission to support and build momentum for the Canadian Paralympic Team,” said Marc- André Fabien, President of the Canadian Paralympic Committee. “I know our athletes and coaches will continue to set the bar high in pursuit of the podium at upcoming Games. With Toyota by our side, our shared objectives of delivering excellence and generating Canadian pride in communities across the country will come to life all the more. We extend our sincere gratitude to Toyota Canada for their belief and investment in our team. We are thrilled to be working with them.”

“Toyota believes in promoting the Olympic Movement and its values in Canada” said Chris Overholt, CEO & Secretary General of the Canadian Olympic Committee. “Our goal over the next eight years is to build programs that not only benefit our athletes training to go to Games but to also inspire the next generation in our communities. We look forward to celebrating this partnership at PyeongChang 2018 in less than 100 days.”

“Toyota shares its values of continuous improvement and respect for people with Canada’s Paralympic and Olympic athletes, who challenge their own limits every day and gather together every four years to celebrate the highest realization of human potential,” added Hutchinson.

Toyota also announced today the Canadian debut of “Start Your Impossible”– a global initiative that marks the company’s commitment to supporting the creation of a more inclusive society in which everyone can challenge their impossible, and highlights the company’s goal to provide freedom of mobility for all. To launch the initiative, Toyota put together a global marketing campaign which debuts in Canada on Saturday and, in its first phase, features 10 Canadians with extraordinarily inspirational stories:

Sudarshan Gautam (Brampton, Ontario) is the first person without arms to have reached the summit of Mount Everest without the use of prosthetics. At the age of 13, Gautam lost both of his arms in an electrical accident. He taught himself to write, use a computer, and drive – all with his feet. In 2005, Gautam began climbing mountains to further prove that disability does not equal inability. He was a special guest at the first-ever Toyota Mobility Summit in Athens, Greece on October 16.

Kicking off his hockey career in 1945, John Snesar (Abbotsford, British Columbia) has played for several notable teams including the Vancouver Flyers from 1954 to 1962. For the past 30 years, he’s been a goalie for the Abbotsford Police Department hockey team. John was a special guest at the first-ever Toyota Mobility Summit in Athens, Greece on October 16.

Toyota Canada Inc. (TCI) is the exclusive Canadian distributor of Toyota and Lexus vehicles. Toyota has sold over 5 million vehicles in Canada through a national network of 287 Toyota and Lexus dealerships. Toyota is dedicated to bringing safety, quality, dependability and reliability in the vehicles Canadians drive and the service they receive. TCI’s head office is located in Toronto, with regional offices in Vancouver, Calgary, Montreal and Halifax and parts distribution centres in Toronto and Vancouver. Toyota operates two manufacturing facilities in Canada. Having produced more than seven million vehicles, popular Canadian models built at these facilities include Toyota RAV4, Toyota Corolla, Lexus RX 350 and RX 450h hybrid. For more information on Toyota and Toyota products, please visit: www.toyota.ca.

About the Canadian Paralympic Committee