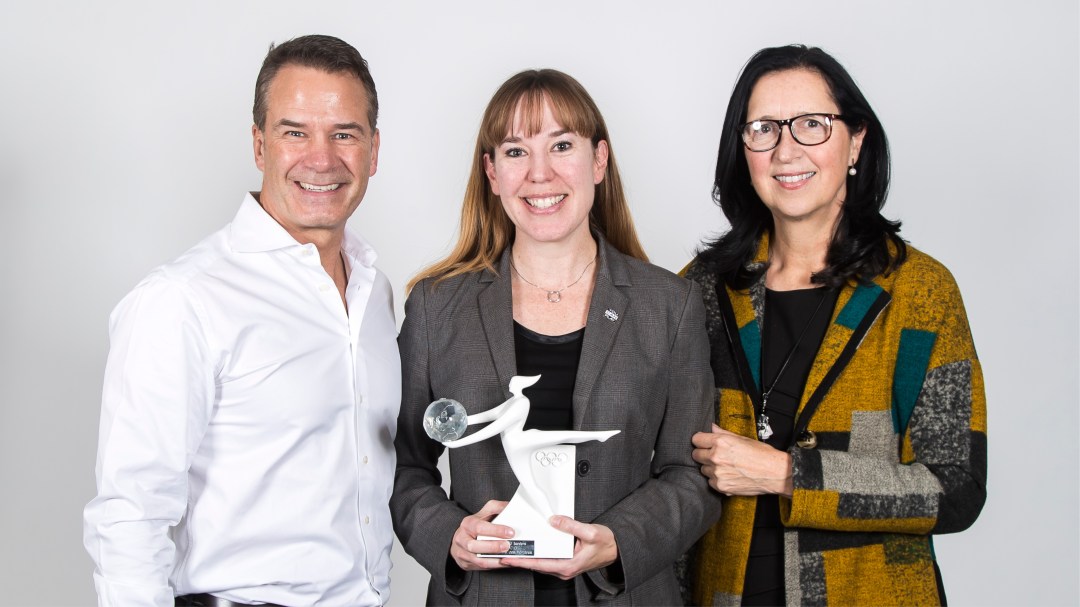 You Can Play awarded 2017 IOC Trophy for Sport Beyond Borders

TORONTO (November 30, 2017) – On Saturday, November 25, the Canadian Olympic Committee’s (COC) Awards and Recognition Committee presented the 2017 International Olympic Committee (IOC) Trophy for Sport Beyond Borders to You Can Play.

Since 1985, the IOC has awarded a trophy to recipients identified by National Olympic Committees in their respective communities that highlight a specific theme based on current trends. The 2017 Sport Beyond Borders award recognizes those who challenge discrimination in sport or use sport as a means for greater social inclusion in society in general.

The COC recognizes You Can Play as a leader in Canada. The organization is dedicated to ensuring equality, respect and safety for all athletes and coaches on and off the field of play. Since its partnership with the COC in December 2014, You Can Play’s commitment for inclusion in sport through its various initiatives has had a positive impact, not only on athletes in Canada’s sport system but also on students through the Canadian Olympic School Program and the workplace through the promotion of an improved and more inclusive corporate culture.

“The Olympic Rings represent the opportunity to make a difference in communities and in society through sport. You Can Play has been that difference and the work that they have been able to accomplish for our athletes, coaches and staff in a short period of time is beyond remarkable. The COC is very proud to award the Sport Beyond Borders trophy to You Can Play, and we pledge to continue to work with the IOC to advance equality issues and solutions.”

“You Can Play is so proud to be selected for the Sport Beyond Borders award and of our partnership with the Canadian Olympic Committee. The COC has clearly demonstrated a commitment to promoting safety and inclusion in sport at all levels, and we are profoundly grateful for their ongoing support. You Can Play looks forward to further supporting the COC and its athletes in the future as we work towards a level playing field for all in sport.”

– Brian Kitts, President and Co-Founder, You Can Play