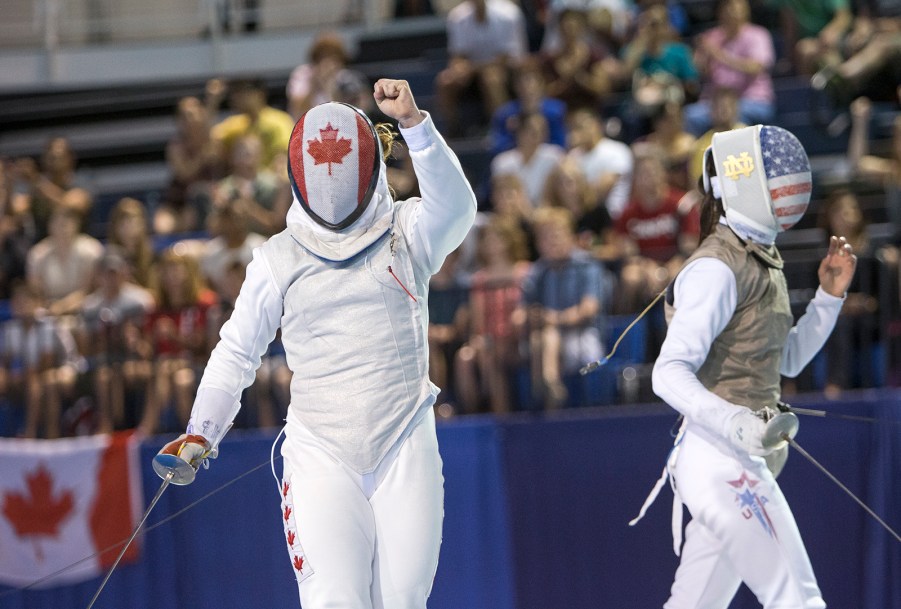 Kelleigh Ryan has competed at two editions of the Pan American Games. At Guadalajara 2011, she was part of the foil team that won silver before contributing to a team foil gold at home at Toronto 2015. She travelled to Rio 2016 as a support team member when Canada only qualified one Olympic spot for a female foil fencer. She made her Olympic debut at Tokyo 2020 where she advanced to the quarterfinals of the individual foil and placed eighth for Canada’s second-best ever Olympic result in an individual fencing event. She was also part of Canada’s fifth-place finish in team foil.

Ryan has been a member of the national team for more than a decade. She has competed at each edition of the FIE World Championships since 2009. She achieved a career highlight in 2014 when she upset a former world championship medallist.

Ryan has also competed at each edition of the Pan American Championships since 2008. Along with team medals almost every year, Ryan earned two silver and two bronze medals in the individual foil event. She calls her fencing at the 2018 Pan Am Championships the best she has ever done in competition as she won the silver and reached her highest ever world ranking of 21st.

Ryan considers herself a late bloomer in fencing. During most of her cadet and junior career, she did not experience a lot of success at the national level. But unlike many other fencers in that same position, she decided not to give up on the sport and in her first year as a senior she won the national title. While attending Carleton University, Ryan won both the individual and team OUA championship and was named the school’s Female Athlete of the Year in 2010.

A Little More About Kelleigh

Getting into the Sport: Started fencing at age 10… Was always encouraged to have a sport for every season and when she didn’t enjoy karate she was looking for something else and saw fencing on TV; didn’t know if she liked it at first but stuck with it to stay out of karate… Grew to enjoy the one-on-one aspect and that she could beat the boys in her group… Other Interests: Earned Master of Arts in Political Science at Carleton University in 2014… Enjoys reading, watching TV, being at the cottage… Coaches after school fencing programs, is a personal trainer, and works at her strength and conditioning business… Became interested in strength and conditioning as a career because of how it helped her deal with patellar tendon issues in both her knees that she struggled with for eight years… Odds and Ends: Favourite quote: “I have failed over and over and over again in my life, and that is why I succeed” – Michael Jordan… Nickname: Smelleigh Lion… Inspired by Sherraine Schalm for being the best Canadian fencer ever and an awesome person… Tends to wear the same few shirts in competition, which is more superstition than her other pre-competition rituals… Has wanted to be part of Team Canada since attending the 2003 FIFA Women’s World Cup in the United States; never made it as a soccer player but had immense pride the first time she got a national team jacket in fencing in 2009…