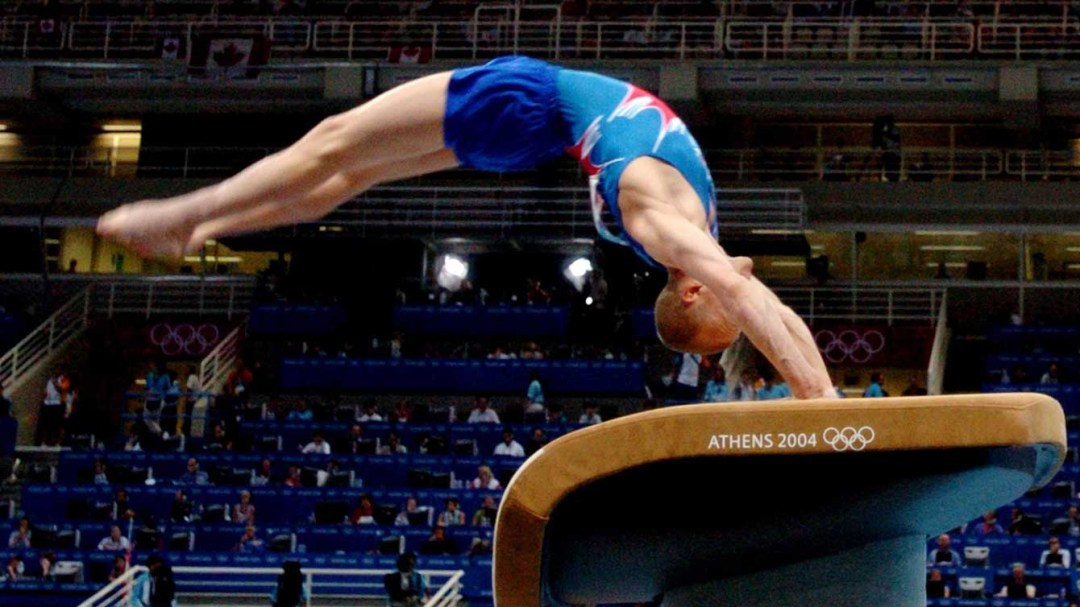 A three-time Olympian, Kyle Shewfelt made a historic breakthrough at the 2004 Olympic Games in Athens when he won gold on floor exercise for Canada’s first ever Olympic medal in artistic gymnastics. Shewfelt nearly added a second medal on vault, but missed out on the bronze in a controversial judging decision.

While Shewfelt’s gymnastics was internationally renowned for its flow, cleanliness and elegance, he was as equally a determined competitor. After Shewfelt broke both of his legs on a bad landing during a training session at the 2007 World Championships, he underwent surgery and rehabilitation. Just 11 months later he was back on the Olympic stage, competing at Beijing 2008 and providing even more inspiration to young Canadian gymnasts.

Shewfelt was also an innovator, being the first man to perform a two-and-a-half twisting Yurchenko vault which was subsequently named in his honour.

The longtime leader of the Canadian men’s team, Shewfelt enjoyed success outside of the Olympic arena. His trophy case includes three bronze medals (2003 floor exercise, 2003 vault, 2006 floor exercise) from the FIG World Championships. He was a six-time medallist in two appearances at the Commonwealth Games, including back-to-back gold medals on floor exercise as well as a 2002 gold medal on vault. He also led the Canadian men to gold in the 2006 team event.

Since retiring in 2009, Shewfelt has remained involved with the sport as a television commentator as well as an ambassador and mentor for Gymnastics Canada. In 2013 he opened Kyle Shewfelt Gymnastics with programs for all ages. Shewfelt was inducted to Canada’s Sports Hall of Fame in 2010.