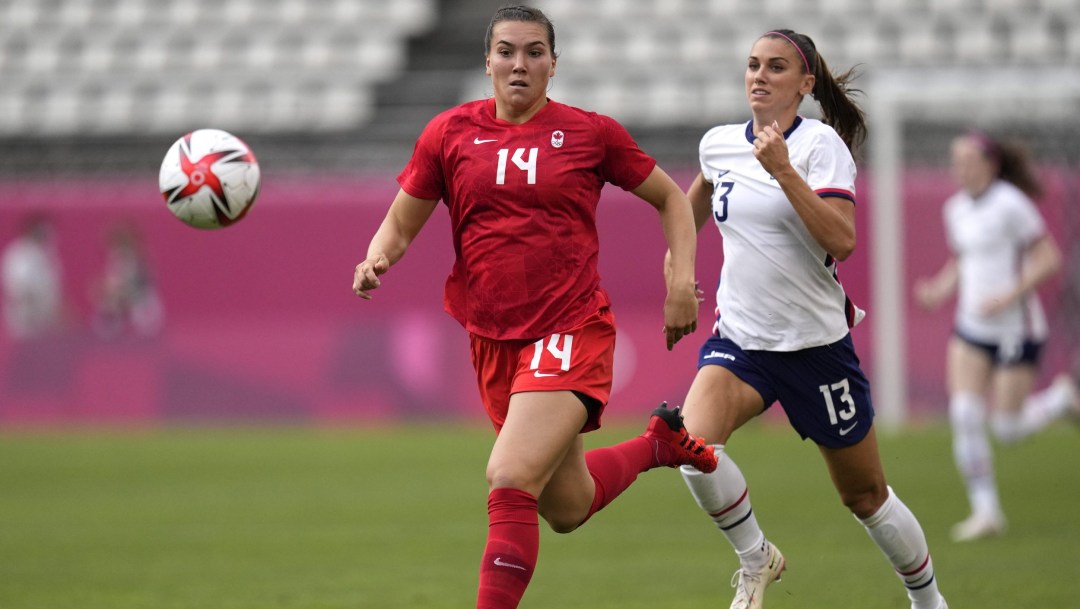 Vanessa Gilles made her Olympic debut at Tokyo 2020 where she helped Canada win the gold medal. Gilles played full time in Canada’s last four matches, including extra time in the quarterfinal and final. She scored the winning goal in the penalty shootout against Brazil in the quarterfinal.

Gilles made her first appearance with the Canadian National Team in 2019 in an international friendly against Switzerland before making her tournament debut at the Yongchuan International Tournament. Her next appearance with Team Canada was at the 2021 SheBelieves Cup, where she starred from the backline in Canada’s 1-0 loss to Team USA. Canada would go on to finish third at the tournament.

Gilles had competed as a member of the French U23 team in a 2018 friendly against Belgium. Her father was born in Paris, which made her eligible to represent France, but since she had not played with the French senior team, she was still able to switch her allegiance to Canada.

Gilles represented Team Ontario at the 2013 Canada Summer Games, anchoring the backline to four clean sheets in five games and a bronze medal.

Gilles played collegiately for the University of Cincinnati, where she started every game for the Bearcats over her four years. As a freshman she was named to the AAC All-Rookie team. Her sophomore year she was named the AAC tournament Most Outstanding Defensive Player and selected to the AAC Second Team. She was the AAC Co-Defensive Player of the Year and a First-Team All-Conference selection her senior year in 2017.

In 2017, she turned pro, joining Apollon FC of the Cypriot First Division where she scored 10 goals in 14 games and won the 2018 Cypriot Cup. She joined French D1 club FC Girondins de Bordeaux for the 2018-19 season. They finished as high as third in league standings in 2020 and 2021, qualifying for the Champions League with the latter result.

A Little More About Vanessa

Getting into the Sport: Started playing soccer shortly after she quit competitive tennis at age 16… Was originally a goalkeeper but didn’t have the focus and patience for the position… Drawn to soccer because she loved the sense of sacrificing for your teammates… Has wanted to represent Canada since watching the Women’s National Team compete at the 2015 FIFA World Cup on home soil… Outside Interests: Graduated from the University of Cincinnati in 2018 with a degree in Criminal Justice and a minor in IT… Enjoys reading, trying new vegan recipes and exploring different markets… Taking weekly Spanish classes… Odds and Ends: Favourite motto: “Hard work beats talent”… Always puts her equipment on from right to left… In March 2019, Gilles spoke at the United Nations as part of the 63rd Commission on the Status of Women… Lived in Shanghai for the first 12 years of her life…