Adam Bouchard signed with Toronto FC II of the United Soccer League in March 2015. He had joined Toronto FC Academy in October 2014, before which he had spent time in Uruguay with Defensor Sporting Club U-17 and U-19 teams. Bouchard was invited to his first Canadian under-17 camp in 2013 and was long listed for that year’s FIFA Under-17 World Cup in the United Arab Emirates but did not play.

Family: Parents Gary and Paula Bouchard… Getting into the Sport: Started playing soccer at age 4 with Burlington Youth Soccer Club… Odds and Ends: Favourites include Ronaldinho and FC Barcelona… 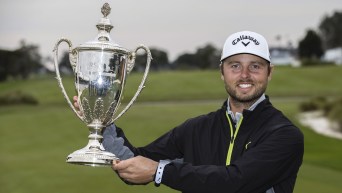