Alex Cox started sailing as a child through a learn-to-sail program in Thunder Bay. Around 10 years old, he began racing in the local Lightning fleet with his father. Cox has not only been involved in sailing in a racing capacity, but also worked as a CANSail instructor for several years, sharing his passion for the sport with new sailors. Cox began racing with Richard Walsh in 2008 and has since attended multiple Canadian, North American and World Championships. In 2015, Cox was the recipient of the International Lightning Class Association boat grant program, an experience which furthered his desire to race his own boat. In spring 2016 he purchased his very own Lightning. Although he has taken the time to race his own boat, Cox still teams up with Walsh and Nikka Stoger regularly for various events.

A LITTLE MORE ABOUT ALEX

Getting into the Sport: Started sailing at age 7, through “Sail Thunder Bay”, the local learn to sail program… Outside Interests: Secondary school math and science teacher… Enjoys hockey, all sports and games, playing piano and trying to play the guitar, coaching volleyball, hiking, fishing and the outdoors in general… Odds and Ends: Nickname: “Coxy”… Team motto: “Love wins…” 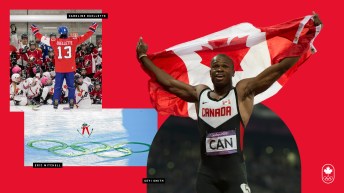 Nikka Stoger has been sailing since she was 15 years old and hasn’t put the tiller down since. She is…

Richard Walsh has been racing in the Lightning class for more than 25 years. His international experience includes numerous North…