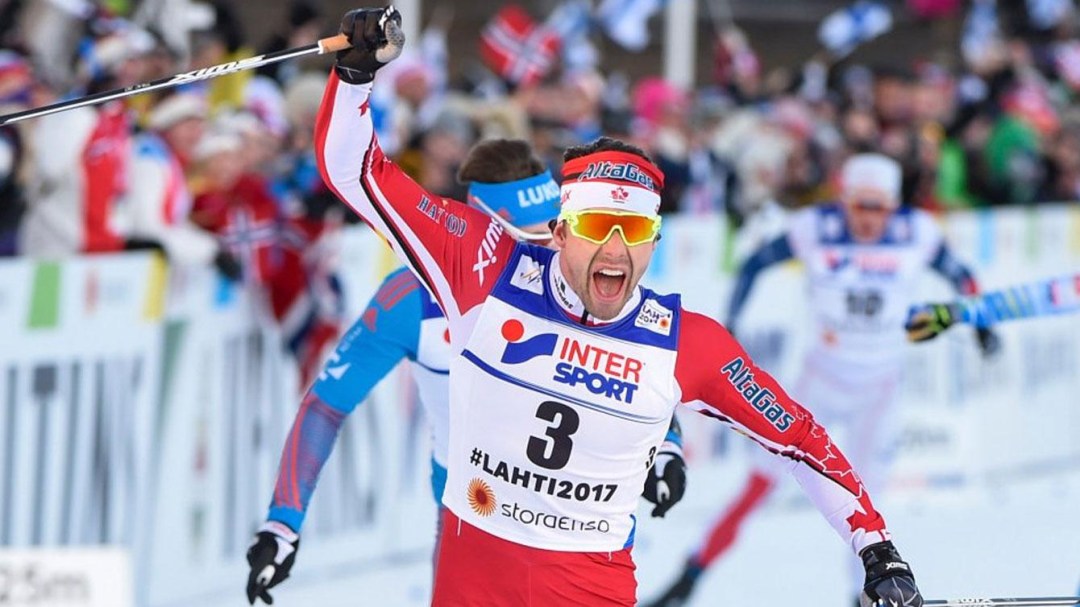 Alex Harvey is the most successful Canadian cross-country skier in history outside of the Olympic Games. He is a five-time medallist at the FIS World Championships and has more than 25 World Cup podiums in his career. At the 2011 World Championships, Harvey and Devon Kershaw made history when they won gold in the team sprint, becoming the first Canadian men to ever reach the world championship podium in cross-country skiing. In 2013, Harvey won bronze in the classic sprint to become the first Canadian man to win an individual cross-country medal at the world championships. In 2015, Harvey was a double medallist at the worlds, winning silver in the classic sprint followed by a bronze in the skiathlon. In 2017, he claimed the world title in the 50km mass start free technique.

Harvey recorded his first World Cup victory in March 2012 in Falun, Sweden, on the same course where his father had earned the first of his trailblazing World Cup wins 25 years earlier. He had his most successful World Cup campaigns in 2013-14 and 2016-17 when he was ranked third in the overall standings. Among the highlights in the latter season were victories on back-to-back weekends in a team sprint with Lenny Valjas and a 15km free race, followed immediately by Canada’s first ever World Cup medal in the men’s relay. Harvey capped the season by winning the free sprint at the World Cup Finals in Quebec City where he also finished second in the 15km pursuit.

In his first Olympic appearance at Vancouver 2010, Harvey contributed to the best-ever Olympic results by a team of male Canadian cross-country skiers. The highlight for Harvey was his fourth-place finish in the team sprint with Devon Kershaw. He came close to the Olympic podium again at PyeongChang 2018, where he finished fourth in the 50km mass start classic.

Harvey has enjoyed success at all levels of international competition. Just weeks before his world championship triumph with Kershaw, Harvey had become the first Canadian to win gold at the Under-23 World Championships when he finished first in the pursuit. Those results came four years after he stood on the podium at the World Junior Championships, when he won bronze in the 10km as well as the 20km pursuit. In 2008, he became the only Canadian to win three world junior championship medals when he added a silver medal in the 10km.

A little more about Alex…

Getting into the Sport: Was introduced to cross-country skiing at age 3… Father Pierre Harvey was the first Canadian cross-country skier to win a World Cup event and the national training centre in Quebec has been named in his honour… The elder Harvey competed in four Olympic Games, two each for cross-country skiing and cycling… His father made him realize that World Cup winners are normal people too… Is actually the only member of his family to not have a medal from the Quebec Games… Outside Interests: Studying law at Laval University and has to keep up with his schoolwork while travelling and competing… Tries to keep up with his favourite TV shows (Game of Thrones, House of Cards, Scandal, Suits, Billions) while on the road… Enjoys surfing and warm beaches in the off-season… Supports the charity Laura Lémerveil which helps severely disabled children and their parents… Odds and Ends: Had his Olympic dream sparked while watching Beckie Scott win bronze at Salt Lake City 2002, a medal that was eventually upgraded to gold… Favourite quotes: “It doesn’t get any easier, you just move faster” – Eddy Merckx and “Ain’t nothing to it but to do it.” – Ronnie Coleman…