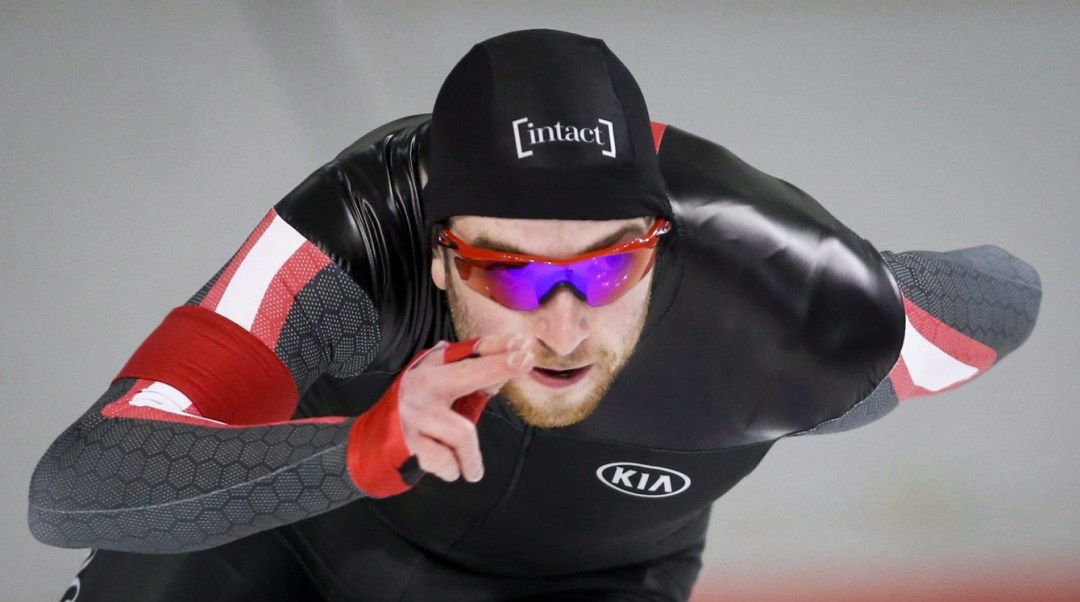 Alexandre St-Jean won his first individual World Cup medal in December 2015 when he finished second in a 500m race in Inzell, Germany. He had transitioned to long track from short track just two years earlier. In 2013 he had competed at the national trials in both disciplines, but missed out on qualifying for Sochi 2014. It was especially disappointing in long track as he fell just 50 metres from the finish line in the 1000m.

He did make his long track World Cup debut that season and competed at the World Sprint Championships where he was the second-ranked Canadian man. Choosing to focus on dentistry school, St-Jean missed the first half of the 2014-15 World Cup season. But he returned to a full competition schedule in 2015-16, winning two gold medals in the non-Olympic team sprint to go with his individual breakthrough.

He also competed at his first World Single Distances Championships, finishing as the top Canadian man in the 1000m. As a young short track speed skater, St-Jean competed at the world junior championships in 2011 and 2012, winning relay bronze at the former and 500m bronze at the latter. In May 2017, St-Jean had to deal with a herniated disc, but earned a spot on Canada’s fall World Cup team and won a gold medal in the team sprint. In his Olympic debut at PyeongChang 2018, he was the top-ranked Canadian man in the 1000m, finishing 11th.

A little more about Alexandre

Getting into the Sport: Has been speed skating since age 5… Started in short track before choosing to switch over to long track in the summer of 2013… His decision was greatly inspired by Mathieu Giroux, who won team pursuit gold at Vancouver 2010 just over a year after he made the same switch… Outside Interests: Pursuing doctorate in Dentistry at Laval University… Studied Natural Sciences at Collège Maisonneuve… Odds and Ends: Favourite quote: “What you do in life echoes through eternity”…