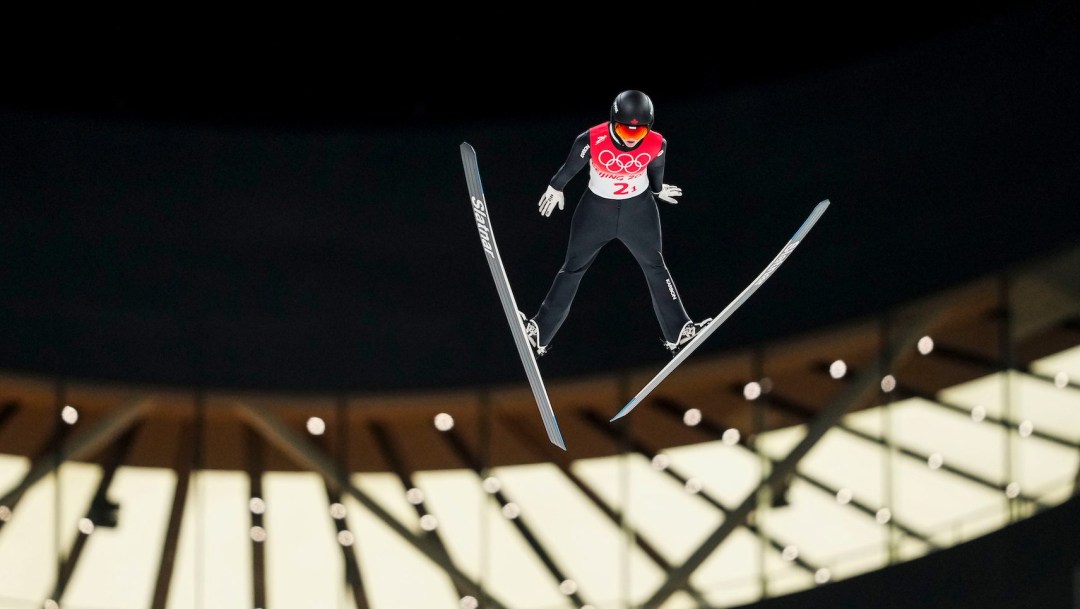 Alexandria Loutitt was part of a history-making moment in her Olympic debut at Beijing 2022. She and teammates Mackenzie Boyd-Clowes, Matthew Soukup and Abigail Strate won bronze in the inaugural Olympic mixed team ski jumping event. It was Canada’s first ever Olympic medal in ski jumping.

Loutitt made her international debut for Canada during the 2019-20 season, starting with some FIS Cup events. That February, she made her World Cup debut in the women’s team event in Ljubno, Slovenia. Shortly thereafter, she competed at her first FIS Junior World Championships where she was the top North American woman in the normal hill event.

Like the rest of the Canadian ski jumping team, Loutitt had to adjust to not having a home training base when the ski jump facilities at Canada Olympic Park in Calgary were closed in 2018. At their new base in Slovenia, Loutitt crashed into the sideboards during a training session in October 2020, resulting in a concussion. Initially cleared for travel, her symptoms later worsened, and she was sidelined for a couple of months.

Loutitt returned to competition in January 2021, despite not having done all the training she normally would. She posted a pair of top-15 results in Continental Cup events before making her debut at the senior FIS World Championships. There she was part of a 10th place finish in the mixed team event and competed in the first ever women’s large hill event at the world championships.

Loutitt made her first appearance on the FIS Summer Grand Prix circuit in 2021 and achieved a personal highlight in Klingenthal, Germany as she placed 19th. Competing in her first individual World Cup events in 2021-21, Loutitt achieved a career-best 14th place finish in the large hill event in Lillehammer in December.

A Little More About Alexandria

Getting into the Sport: Started ski jumping at age 9 but had been begging her parents to let her try it sooner… Was hooked from her very first jump and knew she wanted to spend the rest of her life in the sport, enthralled by the feeling of weightlessness… Has been inspired by Japanese ski jumper Sara Takahashi for paving the way for the next generation… Outside Interests: Enjoys cooking, alpine skiing, cross-country skiing, sketching, reading, painting… Would like to pursue a career in business, design, or architecture… Odds and Ends: Favourite motto: “Just do what you do”, a phrase she and her dad came up with in 2018 to help her refocus when she was struggling… Inspired by the Canadian hockey teams, keeps a lucky loonie in her helmet that she used to pass back and forth with a friend; that friend retired so she has it permanently… Also has a dime that is a good luck symbol in her family (they always happen to find one when they need it)… 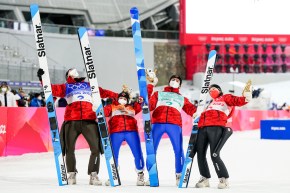