A LITTLE MORE ABOUT ALEXANNE

Getting into the Sport: Started fencing because her brother was doing it at school and she wanted to join him…Outside Interests: Studying accounting at Ohio State University… Enjoys walking her dog and hanging out with friends when not competing… Odds and Ends: Only drinks yellow Gatorade at competitions… 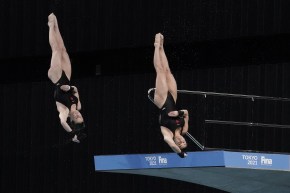 Malinka Hoppe is a relative newcomer to senior international competition after finishing 14th in individual épée and being part of...