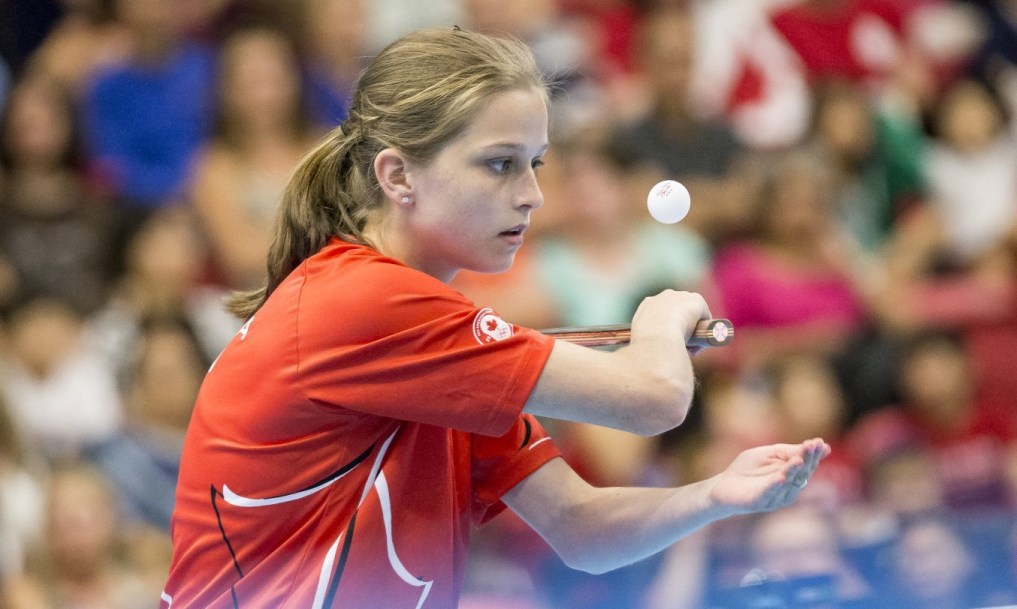 Alicia Côté began her senior international career competing at the World Team Cup in Dubai in January 2015. She followed that with a trip to the Canada Winter Games in Prince George where she won mixed doubles gold and singles bronze. Representing Canada at the Toronto 2015 Pan Am Games, Côté was a member of the women’s team which won bronze. She later represented Canada at three senior ITTF World Championships and the 2018 Commonwealth Games. As a junior athlete, she won the U15 singles title at the national championships and competed at four ITTF World Junior Championships. In 2014 she won the Quebec provincial title in the U15 division while finishing third in the U18 division.

A LITTLE MORE ABOUT ALICIA

Getting into the Sport: Started playing table tennis at age 10… Outside Interests: Enjoys reading, watching tv and spending time with her family and friends… Odds and Ends: Nickname: Ali… Role model is Ai Fukuhara because she likes her style of play… Tries to eat the same thing that she ate before winning an important match…

Marko Medjugorac has wanted to represent Team Canada since attending his first international competition in Italy when he was 13.…