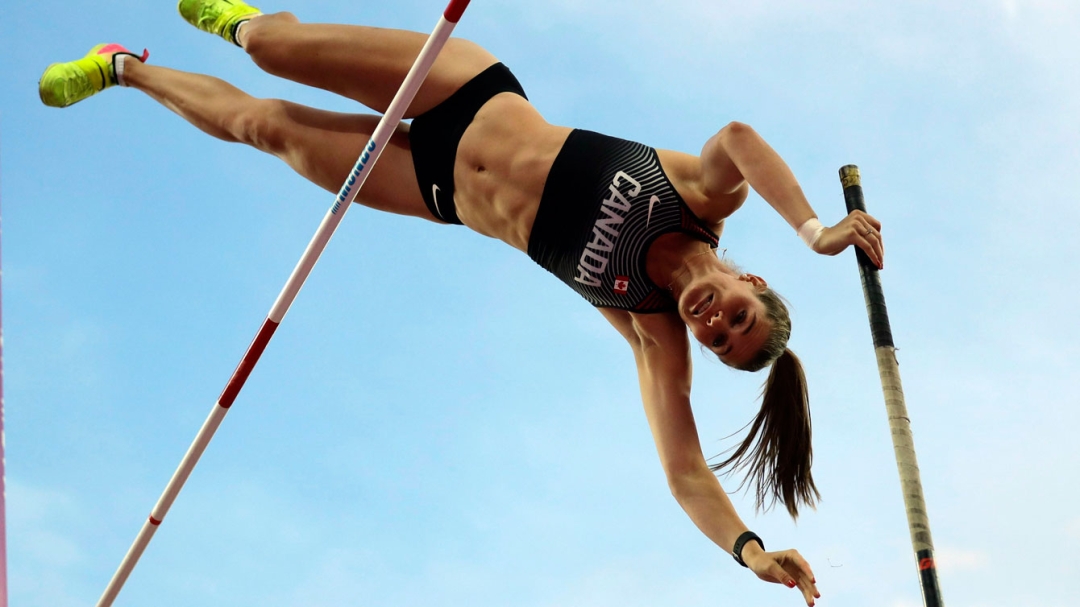 As a young gymnast, Alysha Newman aspired to represent Canada, however an injury forced her to take a year away from sport and retire from gymnastics. To remain active after her recovery, Newman’s mother signed her up for track and field. After breaking records in her first few pole vault meets, her dream to represent Canada returned. Newman became the first Canadian high school girl to vault over four metres and went on to set national youth and junior records.

In 2014, Newman represented Canada at the Commonwealth Games, earning a bronze medal. Four years later, Newman set the Commonwealth pole vault record en route to winning the gold medal in Gold Coast, but her 2018 season would be cut short by a knee injury. When she returned in 2019, she broke her own Canadian record twice, hitting the 4.77m mark in July 2019 at a meet in Germany.

Newman made her Olympic debut at Rio 2016. She competed at her first World Athletics Championships in 2017 where she advanced to the final and finished seventh. She followed that up with a sixth-place finish at the 2018 World Indoor Championships and a fifth-place finish at the 2019 World Athletics Championships. At the latter she was just two centimetres short of the national record 4.82m she had set a month earlier at the Diamond League meet in Paris. Four days after that outdoor national record, she matched it indoors in Zurich. Newman won the bronze medal at the 2019 Pan Am Games in Lima.

After only competing four times in early 2020 before the COVID-19 pandemic shut down all competitions, Newman was back competing around the world in 2021. Her best results of the season have been indoors, highlighted by a 4.65m vault in Texas in January. While competing for the University of Miami, Newman earned six First Team All-American citations and holds the school record, which she broke on her first ever vault at the university. Newman remains motivated to be the first Canadian female pole vaulter to win an Olympic medal and break the five-metre barrier.

A Little More About Alysha

Getting into the Sport: Initially a gymnast, she transitioned to track and field, first as a distance hurdler and then the 100m hurdles… Joe Ryder of the London Legion Track Club introduced her to pole vaulting at age 16 upon hearing about her gymnastics background… Outside Interests: Enjoys movie nights, fashion events, modelling, hot yoga, water sports… Graduated from the University of Miami in 2016 with a Bachelor of Science in Exercise Physiology … Odds and Ends: Competes with an angel token in her spikes that her mom gave her when she went away to university, reminding her of her mom’s strong, positive presence… Favourite quotes: “Raise the bar, wherever you go” / “Anything is possible for those who believe” / “Expect the unexpected”…

Kelsie Ahbe made the decision to represent Canada, her father’s homeland, because she wanted to play a part in inspiring…