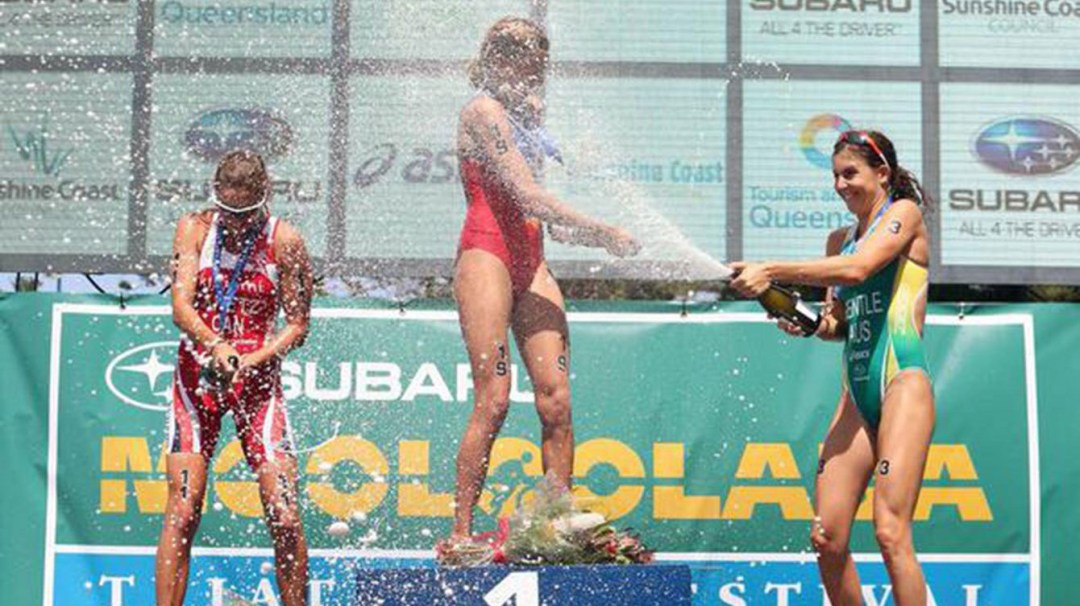 Amélie Kretz began her international career in 2010. After winning the 2012 Junior North American Championships and being named Elite Junior of the Year by Triathlon Canada, Kretz won the U23 world championship bronze medal at the 2013 ITU Grand Final in London.

Earlier that summer she won her first elite World Cup title, taking gold in Edmonton. That and a second consecutive top-10 finish at the U23 World Championships as well as back-to-back wins at the Canadian Championships helped her to be named Elite U23 of the Year by the national federation in 2013 and 2014.

Kretz earned her second career World Cup podium in 2015, finishing second in Mooloolaba, and posted her first top-10 finish on the World Triathlon Series in London. She went on to earn senior elite of the year honours from Triathlon Canada, despite having to take a break from racing during the summer because of a femoral stress fracture.

In 2016, Kretz achieved a career-best result on the World Triathlon Series, placing eighth in Yokohama to put Canada in position to qualify three women for Rio 2016.  In her Olympic debut, Kretz was the top Canadian, finishing 34th. After the Games, Kretz dislocated her shoulder and required surgery. It was nearly five months before she could resume training and over a year until she was back to full strength.

After only competing for part of the 2017 season, Kretz started 2018 with a pair of top-10 World Cup finishes. She would earn two more top-10s in 2019. She also helped Canada to a fifth-place finish at the 2019 Mixed Relay World Championships. After only racing once in 2020 due to the COVID-19 pandemic, Kretz had a strong start in 2021. She had her best World Triathlon Series result since 2016 and earned a sixth- and a fifth-place finish at World Cups in Lisbon and Huatulco, securing her spot at Tokyo 2020. She finished 15th in her second Olympic appearance.

A Little More About Amélie

Getting into the Sport: As an athletic child was involved in golf, alpine skiing, hockey, mountain biking, soccer… At age 8 her father signed her up for a triathlon… Curious about new sports, she went to Trois-Rivières for the race and was hooked… Outside Interests: Working towards a degree in athletic therapy… Would like to pursue a career as a physiotherapist… Enjoys cooking and fishing…

Ambassador for Defi 808 Bonneville and Fast and Female… Odds and Ends: Inspired by US Olympic skier Lindsay Vonn for finding her way back to the top after injuries… Favourite motto: “If it was easy, everyone would do it.” /“Hard times never last, tough people do.”…