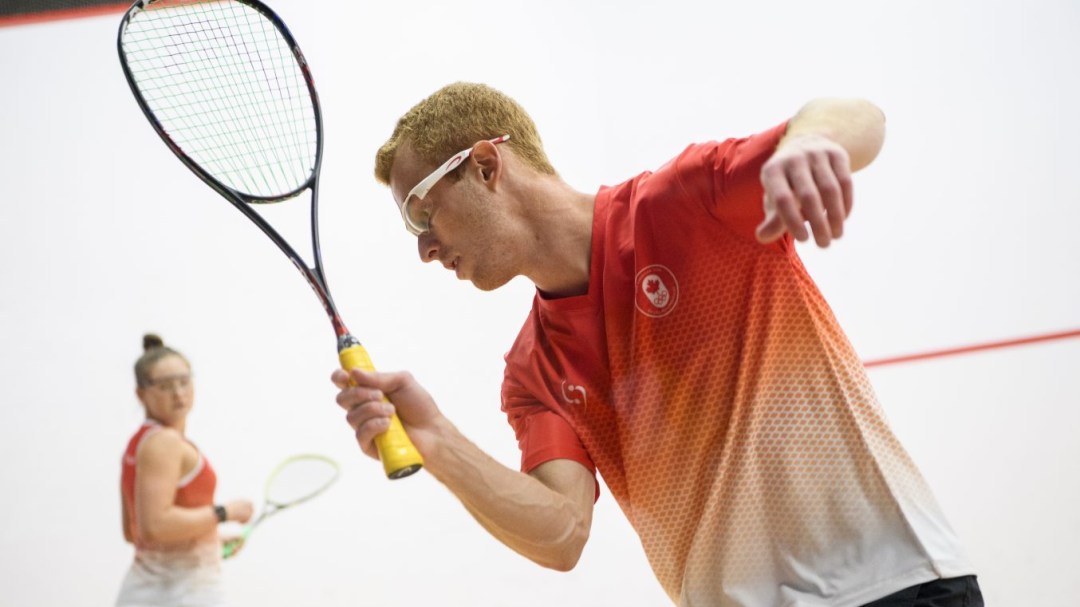 When he was 11, Andrew Schnell was looking at the Wall of Champions at his home club when his coach appeared behind him and said that if he worked hard, he too could have his picture on the wall. That moment sparked his dream of competing for Team Canada. Schnell went on to win team silver at both the 2011 Pan American Games and the 2014 Pan American Championships, as well as a bronze medal at the 2010 World Junior Team Championships.  Playing alongside his older brother Graeme, Andrew won doubles silver  and team gold  at the 2015 Pan American Games in Toronto. Schnell won national open singles titles in 2016 and 2018. He previously  won back-to-back men’s open titles at the 2014 and 2015 Canadian University and College Squash Championships.

A LITTLE MORE ABOUT ANDREW

Getting into the Sport: Started playing squash at age 7… Had been playing tennis but found squash was more fun… Outside Interests: Enjoys water skiing, reading, running, spending time at the family cottage in BC… Pursuing a Masters of Science in Kinesiology at the University of Calgary… Has organized charity squash camps in support of Right to Play… Founded InspiredBySport to connect with First Nations children just outside Calgary… Odds and Ends: Role models include his brother Graeme, Roger Federer, and Amr Shabana because they respect their sports, compete with honour, and work harder than anyone else… Always travels with his Bible… Favourite quotes: “If you can force your heart, and nerve, and sinew, to serve your term long after they are gone, and so hold on when there is nothing in you except the will which says to them ‘hold on?’” – Rudyard Kipling and “But those who trust in the Lord will find new strength. They will soar high on wings like eagles. They will run and not grow weary. They will walk and not faint.” – Isaiah 40:31

Graeme Schnell has won a record five men’s open titles at the Canadian University and College Championships. He was victorious...