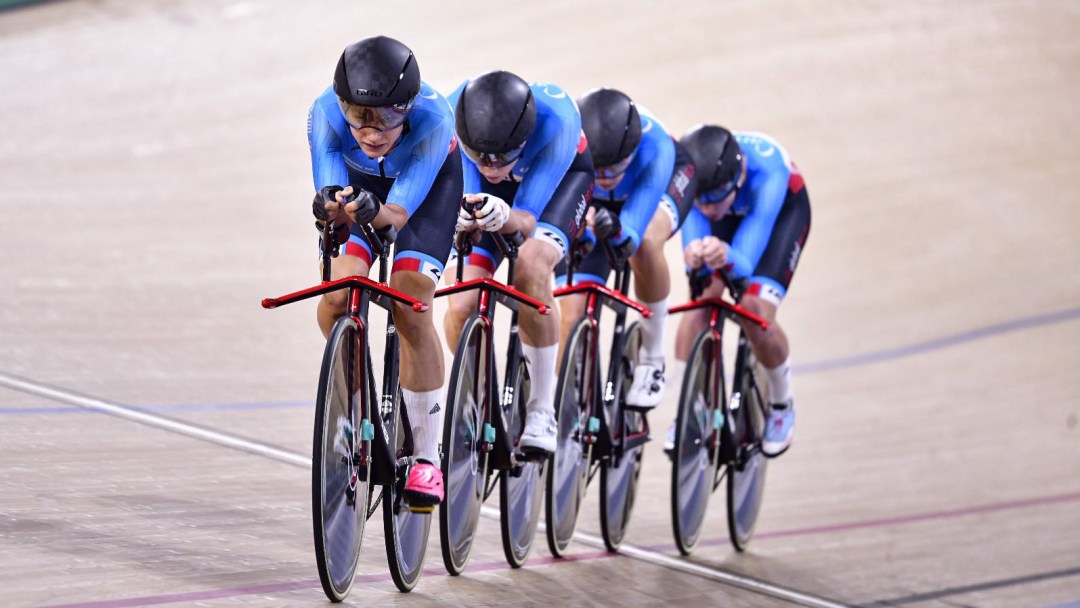 Annie Foreman-Mackey made her UCI World Championship debut in 2016 and won bronze in the non-Olympic individual pursuit event. By the following year, she had become a key member of the team pursuit and contributed to fourth-place finishes at the worlds in 2018, 2019 and 2020. She was part of another fourth-place finish in the team pursuit while making her Olympic debut at Tokyo 2020.

Foreman-Mackey has been competing on the UCI World Cup circuit since the 2015-16 season. She earned her first medal in January 2016 when she competed in the first two rounds of the team pursuit as the Canadian squad went on to capture gold in Hong Kong. She achieved a career highlight in December 2017 when she raced in the final as Canada won team pursuit gold at their home velodrome in Milton.

In 2018, Foreman-Mackey competed at her first multi-sport Games, winning team pursuit bronze at the Gold Coast Commonwealth Games. She was a member of the team pursuit that won gold at the 2019 Pan American Championships, where she also won silver in the individual pursuit.

A Little More About Annie

Getting into the Sport: Transitioned to cycling from competitive swimming, which included three years as a varsity team member at McMaster University… Says she is “drawn to the beauty of a well-ridden team pursuit” and the precision needed for perfect unison at great speeds… Outside Interests: Earned an Honours Bachelor of Health Sciences from McMaster University (2009-14) and a Masters of Public Health from the University of Toronto (2014-18) with a focus on harm reduction research and advocacy… Plans to attend medical school… Loves discovering new music, playing her violin, and teaching herself guitar… Has been venturing into sourdough bread making with teammates at training camps… Enjoys outdoor adventuring in the offseason, often going off-the-grid backpacking or bike touring… Odds and Ends: Favourite quote: “Traveler, there is no path. You make the path by walking.” – Antonio Machado… Was 9 when she saw Simon Whitfield win triathlon gold at Sydney 2000 and was in awe of someone from her hometown excelling on the world stage, sparking her own Olympic dream…