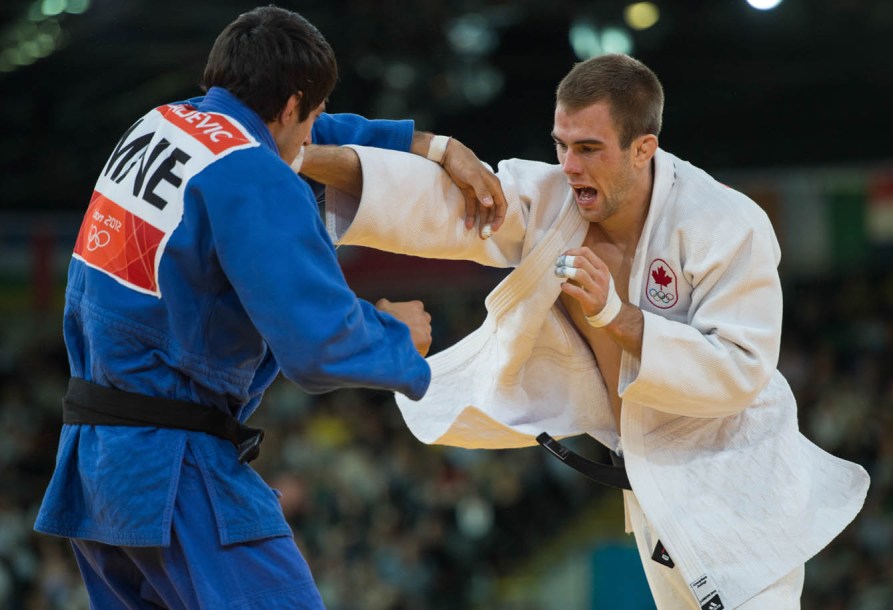 Antoine Valois-Fortier is a three-time world championship medallist, having won 81kg silver in 2014 and bronzes in 2015 and 2019. He has come a long way since being a relative fresh face on the international scene when he won a bronze medal in his Olympic debut at London 2012. In doing so, he became the first Canadian judoka to earn an Olympic medal since Sydney 2000 where his coach Nicolas Gill was a silver medallist. In his second Olympic appearance at Rio 2016, he lost to the eventual gold medallist in the quarterfinals and then the eventual bronze medallist in the repechage. He made it to the round of 16 at Tokyo 2020.

A bronze medallist at the 2011 Pan American Games in Guadalajara, Valois-Fortier has stood on the podium in every appearance at the Pan American Championships, dating back to 2011. That includes gold medals in 2016, 2018 and 2019. After claiming his first Grand Prix medal in February 2013 in Düsseldorf, he won his first Grand Slam medal in May 2014 in Baku. He had another breakthrough in July 2015 when he won his first Grand Prix gold in Ulaanbaatar. Heading into Tokyo 2020, he has a career total of eight Grand Prix medals (two gold, two silver, four bronze) and six Grand Slam medals (three silver, three bronze). Two of those Grand Slam podiums came in 2020 when he won bronze in Paris in February — just before all competition was halted because of the COVID-19 pandemic — and then silver in Hungary when competition resumed in October.

Valois-Fortier competed in his first World Cup event in January 2009, his first Grand Prix in October 2010, and his first Grand Slam in February 2011. He made his IJF World Championship debut in 2011.

Since Rio 2016, Valois-Fortier has had to overcome several injuries. In December 2016, he underwent hip surgery and missed seven months of competition, including the 2017 Pan American Championships. He had to end his 2018 season early to undergo back surgery in July for two herniated discs and again missed seven months while rehabbing. Healthy to start 2019, Valois-Fortier had one of his best years internationally as he won four Grand Prix medals and returned to the world championship podium for the first time since 2015. He elected to skip the 2021 World Championships to recover from an injury sustained at the Tbilisi Grand Slam in March, which prevented him from fighting for bronze.

Getting into the Sport: His parents enrolled him in judo at age 4 because he needed an outlet for his boundless energy… Entered his first competition at age 10… Had his Olympic dream sparked during his first meeting with coach and role model Nicolas Gill just a few weeks after he won silver at Sydney 2000… Outside Interests: Graduated in 2018 with a degree in kinesiology from Université de Québec à Montréal… Enjoys talking to kids at schools through the Plan de Match and RBC Olympians programs… Would like to pursue a career in coaching after he retires from competition… Odds and Ends: Favourite motto: “Don’t let victory go to your head, and defeat get to your heart”…