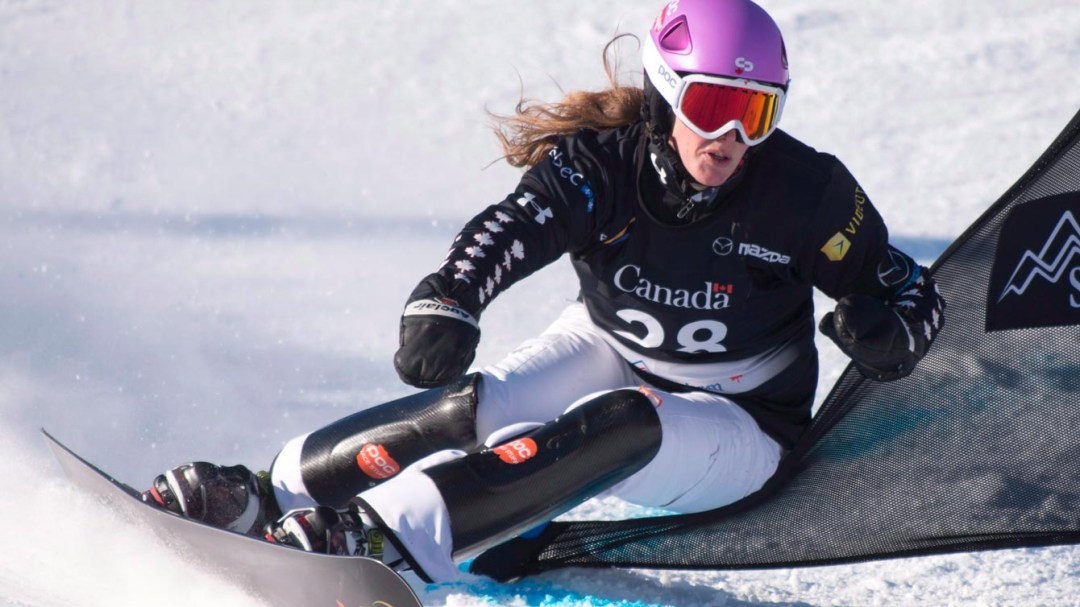 Ariane Lavigne competed in her first Olympic Games at Sochi 2014 where she was one of three Canadian women to make it to the quarterfinals of the parallel giant slalom and was the top Canadian woman in the Olympic debut of the parallel slalom event with her 17th place finish.

Lavigne grew up in the Laurentian mountain range, making it no surprise that her first winter sport was skiing. But as she was starting her cégep education she found that it was demanding too much of her time away from studying. Looking for a new challenge to pursue in the winter, she discovered snowboard. At first she didn’t think about competing, instead just enjoying the feeling of being free from poles. But with her skiing background she was a quick learner.

Lavigne made the national team the year prior to Vancouver 2010 and although she was not named to the Olympic team, she got to experience the Games as a forerunner. She had her breakthrough season in 2010-11 when she won the overall Nor-Am Cup title and competed at her first FIS World Championships. Having made her World Cup debut in February 2009, Lavigne had another breakthrough in February 2013 when she earned her first World Cup podium, finishing third in the parallel giant slalom in the Olympic test event at Sochi. She ended her season with a fifth place finish in the PGS at La Molina.

School: Graduated from the University of Montreal in 2007 with a degree in Nutrition, Works as part of a team of sport nutritionists in Montréal and in the Laurentians. Teammates will sometimes come to her for nutrition advice. Had intended to study physiotherapy, but nutrition allows her to continue her athletic career. She also have a diploma in sports nutrition from the International olympic committee. Outside Interests: Enjoys sports such as cycling, kite surfing, yoga and tennis… Has kite surfed in places such as Maui and the Dominican Republic and often brings her kite to training camps… Odds and Ends: Attended Albertville 1992 as a spectator… Inspired by fellow Canadian snowboarders Dominique Maltais and Jasey-Jay Anderson for their determination and perseverance… Favourite motto: Go fast or go home!

Marianne Leeson has wanted to attend the Olympic Games for as long as she can remember. She finally got the...