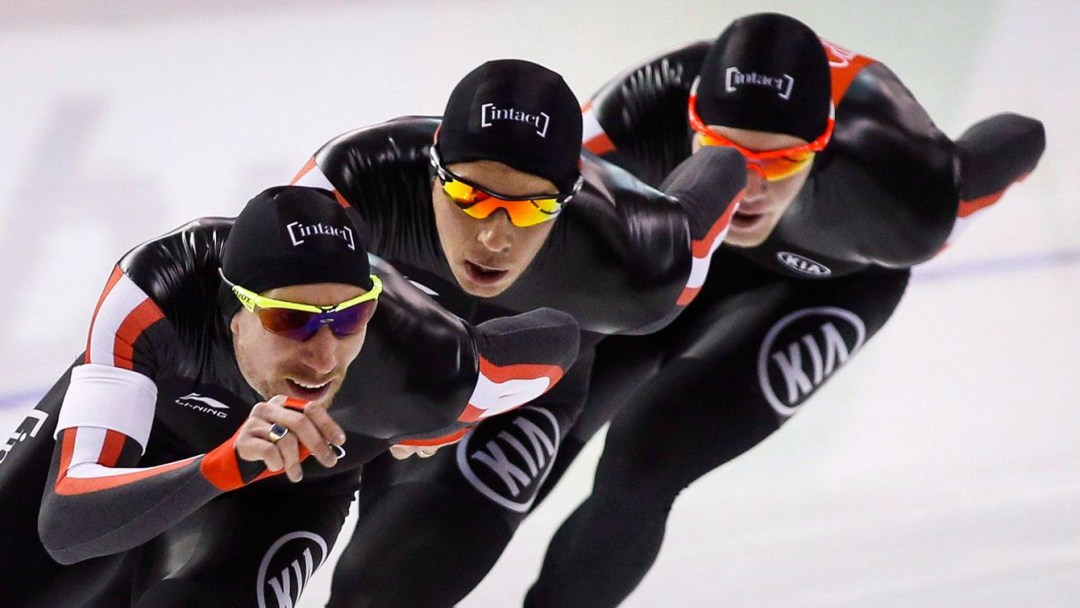 Ben Donnelly had a season to remember in 2015-16. He broke the junior national records in both the 1500m and 3000m. He was crowned the overall world junior champion – just the second Canadian man to win that title – winning gold in the 1000m and 5000m as well as silver in the 1500m and team pursuit to go with a bronze in the mass start.

It all contributed to Donnelly being named Speed Skating Canada’s Rising Star of the Year for long track. He returned to the World Single Distances in 2017, helping Canada to a fourth-place finish in the team pursuit. He also debuted at the World Allround Championships. In December 2017, Donnelly won another World Cup gold medal in the team pursuit in Salt Lake City. He made his Olympic debut at PyeongChang 2018.

A little more about Ben

Getting into the Sport: Started speed skating at age 10 after seeing it on TV from Turin 2006… Had been playing hockey, but quit when he quickly fell in love with skating fast… Used to think he looked silly wearing a skin suit but now can’t enough of it… Moved to Calgary for training right after he graduated high school… Outside Interests: Used work in ice maintenance and drove the Zamboni at the Calgary Olympic Oval, before stopping to focus on skating… Tries to find the best mocha while on the road for competitions… Enjoys watching MMA and WWE… Loves finding brunch places and eating BBQ in the off-season… Odds and Ends: Buys a snow globe for his younger sister every time he competes in a new country…