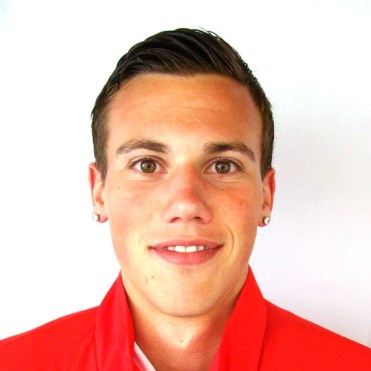 Ben Fisk competed for Canada at the 2013 CONCACAF Under-20 Championship, starting three games and assisting on two goals. He currently plays for Coruxo FC in the Spanish B Division where he has four goals in 24 appearances. He previously played for the Charleston Battery of the United Soccer League, scoring in his first professional start. He came up through the Vancouver Whitecaps Residency program and made the 2012 USSDA National Championship Final with the U-18 team.

Family: Parents Stephen Fisk and Deb Routledge… Younger brother Merlin… Younger sister Escher… Getting into the Sport: Started playing soccer at age 4… His parents say he was kicking a ball as soon as he could walk… Played other sports while growing up but soccer was always his favourite… Dreamed of competing for Canada because he grew up never getting to watch Canada at the FIFA World Cup and he was inspired to change that… Outside Interests: Grew up competing in soccer, hockey, basketball, baseball, track & field… Enjoys watching sports, TV shows, movies, listening to music, travelling, golfing…

Odds and Ends: Favourite quote: “No bird soars too high if he soars with his own wings.” – William Blake… Inspired by Michael Jordan because he is unbelievably talented but also a ferocious competitor… Nickname: Fisky…