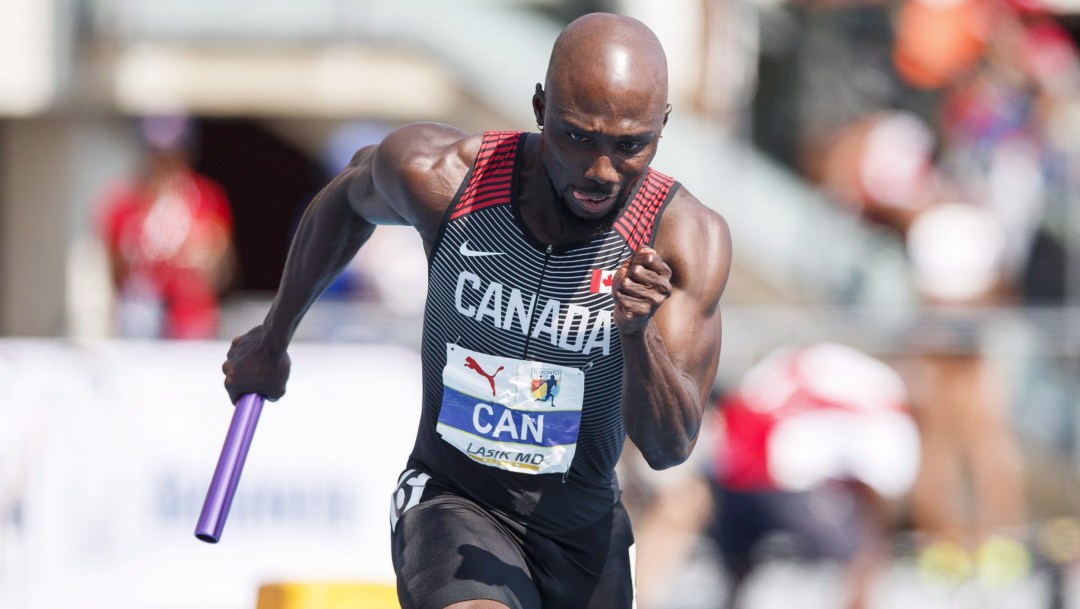 Bismark Boateng is a relative latecomer to sprinting, having started his collegiate career at Ryerson University as a soccer player. The switch to track — and York University — paid off as Boateng won the indoor 300m, 4x200m, and 4x400m titles at the 2014 CIS Championships. He repeated as 300m and 4x200m champion in 2015 while adding the 60m title. While at York, Boateng represented Canada for the first time at the 2015 Universiade, making the 100m semifinals.

His next international appearance was at the 2017 Jeux de la Francophonie where he won bronze in the 100m and silver with the 4x100m relay team.

In April 2018, Boateng was sent to the Commonwealth Games as a replacement for the injured Andre De Grasse. He made the semifinals of the 200m and competed in the 4x100m relay. Later that month, he set his 100m personal best time at a meet in Louisiana with a time of 10.14 seconds. That summer, he came close to winning a national title, but upon a review of the timing, it was determined that he was second to Aaron Brown by 0.001 of a second. At the NACAC Championships in Toronto, he redeemed himself for a missed exchange at the Commonwealth Games by helping Canada win gold in the 4x100m relay. He was also fourth individually in the 100m.

In his Olympic debut at Tokyo 2020, Boateng competed in the first round of the 100m.

A Little More About Bismark

Getting into the sport: Started running competitively in 2013… Set a goal for himself to one day represent Canada  after watching the 2012 Olympic Trials… Outside Interests: Graduated from York University in 2018 with a degree in kinesiology… Would like to be a sports psychologist… Enjoys reading, DJing, playing soccer, football, boxing… Odds and Ends: Moved to Canada when he was 14 for better opportunities… Meditates before every race… Thankful to Janet Dickens, mother of the late Daundre Barnaby for her constant words of encouragement and support… Favourite motto: “Do what you love and the door will always open”…