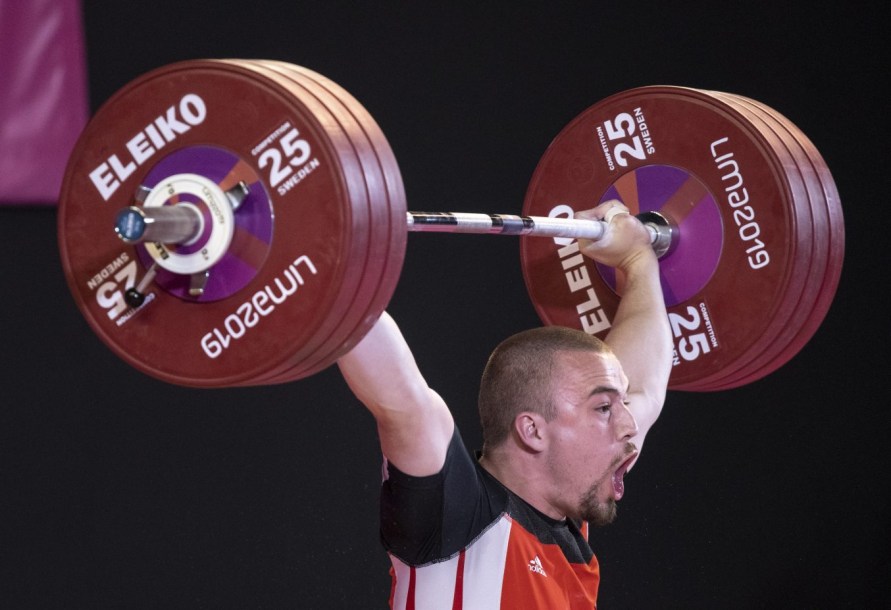 Boady Santavy comes from a line of weightlifters that includes his Olympian grandfather Bob and his father Dalas who competed at the Pan Am Games and world championships. In his own Olympic debut at Tokyo 2020, Santavy finished fourth in the men’s 96kg event, missing the podium by one kilogram. Santavy had won the snatch portion of the competition by one kilogram. That was the best finish by a male Canadian weightlifter at the Olympic Games since 1984.

As a youth competitor, Santavy was ranked seventh in the world after winning three gold medals at the 2014 Youth Pan American Championships. He made his junior world championship debut in 2015, breaking into the top-10, after finishing second as a senior at the Canadian championships before his 18th birthday.

Santavy made his senior international debut at the Toronto 2015 Pan Am Games, finishing sixth in the 85kg weight. After moving up to the 94kg weight class, Santavy finished fifth at the 2017 IWF World Championships. At Gold Coast 2018, he set a Commonwealth Games record in the snatch portion of the event, lifting 168kg, en route to winning silver. He won 96kg bronze at the 2019 Pan American Championships before winning silver in that same weight class at the Lima 2019 Pan Am Games. Santavy capped his 2019 season with a sixth-place finish at the IWF World Championships.

In January 2020, Santavy won a silver medal at the World Cup in Rome. He did not compete again internationally until April 2021 when he won silver at the Pan American Championships.

A Little More About Boady