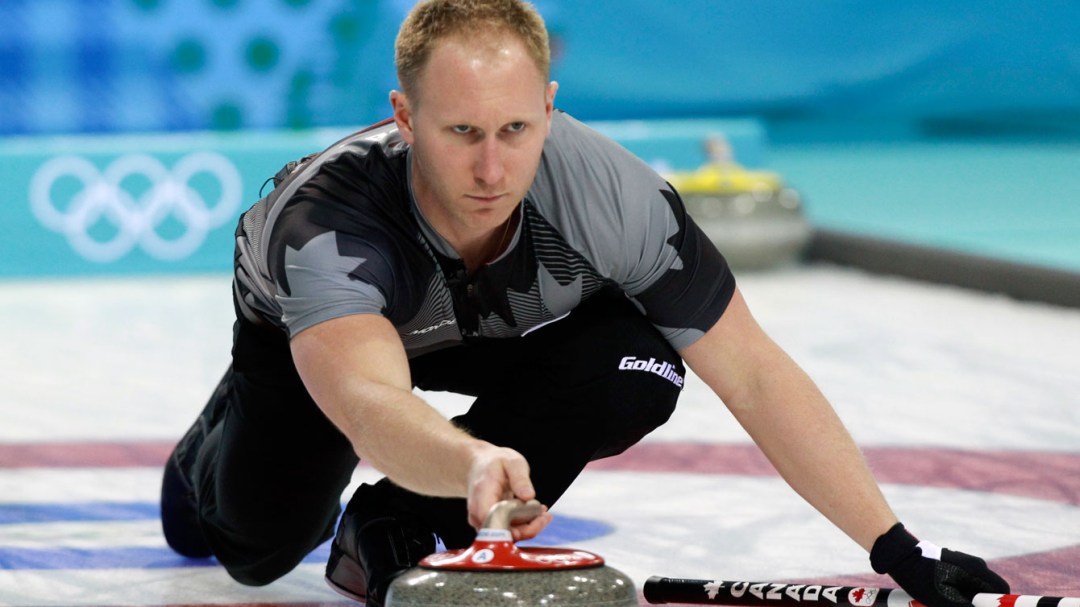 Brad Jacobs was the skip of the team that at Sochi 2014 won Canada’s third straight Olympic gold medal in men’s curling. His team, which also included third Ryan Fry, second E.J. Harnden and lead Ryan Harnden, posted a 7-2 round robin record in Sochi, before defeating China 10-6 in the semifinal and Great Britain 9-3 in the final. They had started the Olympic tournament with a 1-2 record, but an honest team chat sparked them to run the table the rest of the way.

That foursome began playing together in the 2012-13 season and enjoyed immediate success, winning the first Brier title for Northern Ontario since 1985 and adding a world championship silver medal.

Jacobs had made his first appearance at the Brier in 2007 when he was just 21. In 2008 he attended the Brier as the fifth on a team skipped by Eric Harnden, which also included his sons E.J. and Ryan, who are Jacobs’ cousins. In 2009 Jacobs took over the skipping duties with E.J. at third and Ryan at second. The trio competed at the Brier in 2010, 2011 and 2012. In 2010, with Caleb Flaxey at lead, they had finished second in the round robin at the Brier, becoming the first team from Northern Ontario to qualify for the playoffs since 1993, and won the bronze medal. In April 2012, the team brought on Ryan Fry as the new third, shifting E.J. Harnden to second to Ryan Harnden to lead, after Fry had left Brad Gushue’s Newfoundland-based team.

A Little More About Brad