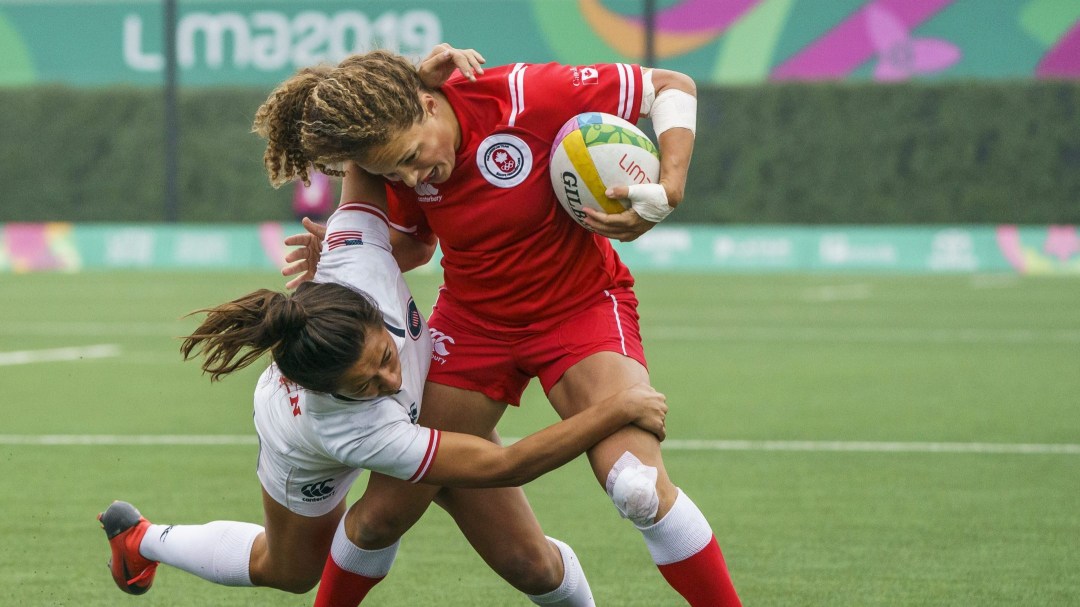 Breanne Nicholas has been a strong asset to Canada’s Women’s Sevens team since making her debut at the World Rugby Sevens Series in Dubai in late 2016. In 2018 she was a member of the sevens team at both the Commonwealth Games and World Cup Sevens. She also represented Canada at the Lima 2019 Pan Am Games, scoring 10 conversions as Canada went undefeated in pool play. She scored one try and converted twice in Canada’s 24-10 gold medal win over USA.

Nicholas scored one try at her first Sevens Series event in Dubai and since then has added more than 15 tries and 40 conversions in over 100 games on the circuit. In her four seasons, Nicholas has helped Canada win three overall bronze medals. Their third-place finish in the overall standings in 2019 qualified the team for Tokyo 2020. Nicholas scored one conversion in five matches during her Olympic debut.

At one point Nicholas appeared in 17 consecutive Sevens Series stops for Canada, but at the first event of 2019-20 in Glendale she suffered a concussion which forced her to miss the next four events. Once through concussion protocol, she returned to training in hopes of rejoining the team for the rest of the season. But in early February, Nicholas suffered appendicitis. She required surgery and healed just in time to have the COVID-19 pandemic shut down the rest of the season.

Before joining the senior circuit, Nicholas was a member of the junior Canadian team for the 2013 Nations Cup and 2014 CAN AM Championship; she was named Player of the Series at the latter. Nicholas played two years at Western University where she was awarded the OUA Rookie of the Year in 2013 and named to the OUA all-star team. She also won gold with Canada at the 2014 World University Rugby 7s Championship.

A Little More About Breanne

Getting into the Sport: Started playing rugby in high school at age 15, picking up sevens at age 19… Outside Interests: Studied kinesiology for two years at Western University… Odds and Ends: Collects key chains and post cards while traveling for the sport… Favourite motto: “It’s not the size of the dog in the fight, but the size of the fight in the dog”…