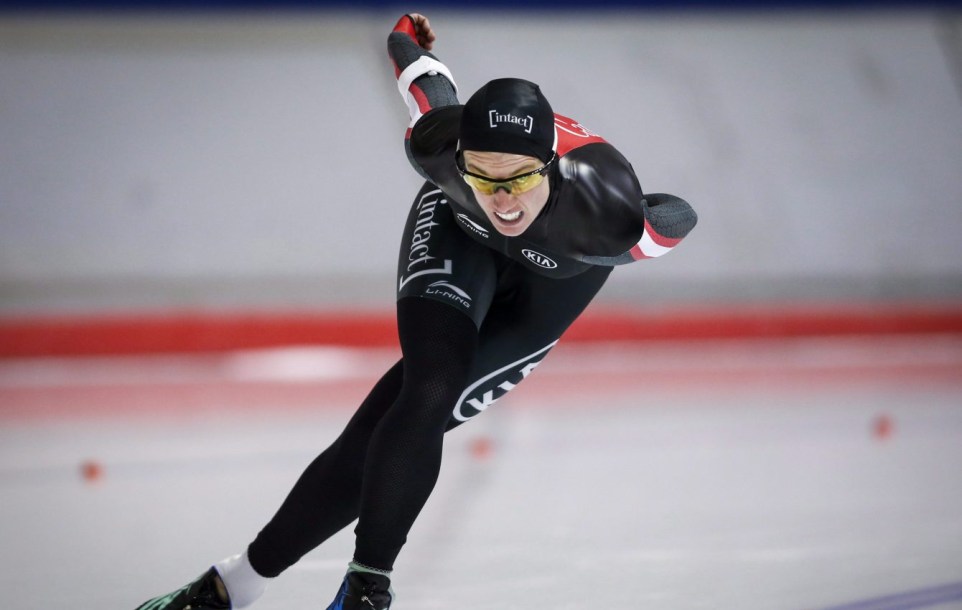 In just over 12 months, Brianne Tutt came back from a career-threatening crash to qualify for her first Olympic Winter Games. On December 15, 2012, Tutt was setting up for a practice start when she was hit from behind by a male skater with his head down. The collision left her with a broken collarbone, broken ribs, a fractured skull, two fractured vertebrae in her neck, hearing loss in her left ear as well as facial paralysis known as Bells Palsy.

At the time of the accident, Tutt had just broken onto the international scene, competing in her first World Cup in February 2012. She had earned a spot on the Canadian World Cup team for the 2012-13 season and competed at the first two stops. Determined, Tutt worked her way back into shape and qualified for the World Cup team in the fall of 2013.

She went on to finish 35th in the 1500m in her Olympic debut at Sochi 2014 where she followed in the footsteps of her father Brian, who won silver with the Canadian men’s hockey team at Albertville 1992.

After not competing in 2014-15, Tutt returned to international racing in 2015-16 and made the first of her back-to-back appearances at the World Single Distances Championships. After coach Xiuli Wang took a job with China’s national team, Tutt decided to follow her and train with the Chinese skaters in preparation for the 2017-18 season. She finished in the top-20 in both the 1500m and 3000m at PyeongChang 2018.

A little more about Brianne

Getting into the Sport: Started speed skating at age 11… Had been a figure skater but wasn’t enjoying it so she was enrolled in a summer speed skating camp at the Calgary Olympic Oval… Outside Interests: Enjoys mountain biking, watching mobvies/TV, scrapbooking, playing soccer, chilling with her dog… Finished her Emergency Medical Response (EMR) course at SAIT in 2010 with the goal of becoming a firefighter… Odds and Ends: Favourite Olympic memory is the Norwegian coach giving Sara Renner a pole to replace her broken one at Turin 2006… Inspired by soccer player Hope Solo because of the hardships she endured while striving to become one of the best goalkeepers in the world… Collects Christmas ornaments from her travels… Favourite quote: “Dream as if you live forever, live as if you die today”