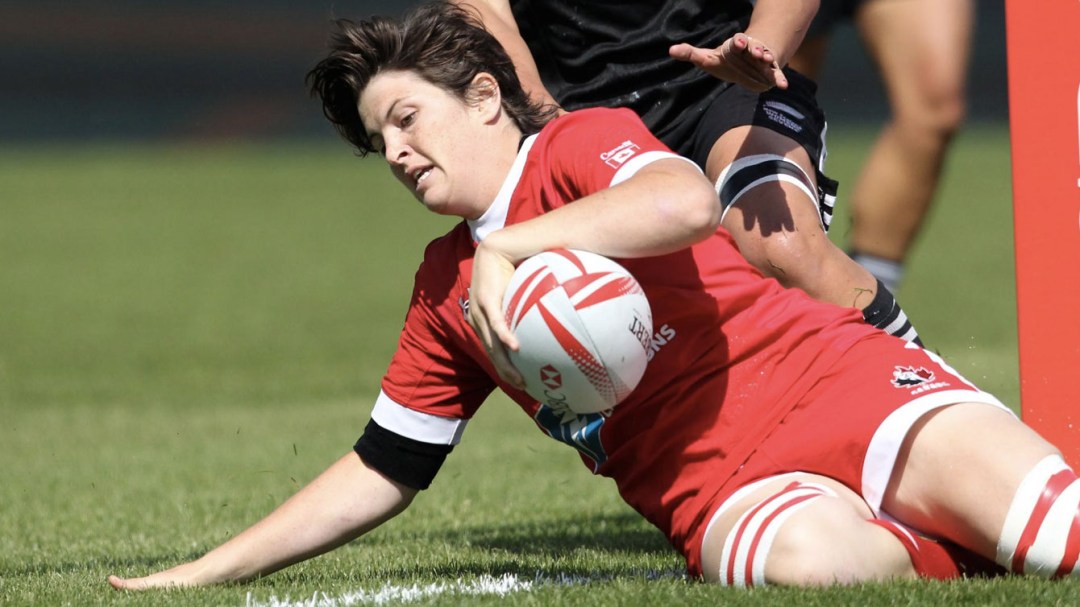 She received her first National Senior Women’s Cap in France in November 2013 and was part of the 2014 CAN-AM Series where Canada’s women defeated the United States at Shawnigan Lake School and at Westhills Stadium in Langford, BC. Benn helped Canada to their best-ever second place finish at the 2014 Women’s Rugby World Cup in Paris, France in August 2014. Benn then made her debut with Canada’s Women’s Sevens team on the World Rugby Women’s Sevens World Series in Atlanta in March 2015.

In May 2015, the Canadian team won the Amsterdam Sevens in the dying seconds of the final, qualifying  Canada for Rio 2016. That summer, Benn was a member of Canada’s gold medal winning team at the 2015 Pan Am Games in Toronto where she recorded three tries in the tournament. Benn had a breakout season in 2015-16 and was named to the tournament Dream Team at the Clermont-Ferrand Sevens in May, the final stop of the season. Benn finished the 2015-16 WSWS ranked fourth on the team with nine tries. She then helped Canada win the first ever Olympic bronze medal in women’s rugby.

In 2018, Benn was part of Canada’s fourth-place finish at the Commonwealth Games and also competed at the World Cup Sevens in San Francisco. She contributed to Canada’s third-place overall finish in the 2018-19 World Rugby Sevens Series to secure the team’s spot at Tokyo 2020. In her second Olympic appearance, Benn scored one try in five games for Canada.

Through the end of the 2019-20 World Rugby Sevens Series, Benn has played in 150 career matches of the circuit, scoring 67 tries and 335 points. She won the Impact Player Award during the May 2019 Sevens Series stop in Langford, B.C.

A Little More About Britt

Getting into the Sport: Started playing rugby at age 15… In her tryout for the soccer team the coach told her that she was really physical and soccer wasn’t really a contact sport so to jog over to the rugby practice instead… Had her Olympic dream sparked by watching the Canadian women’s hockey team win gold at Salt Lake City 2002… A hockey player at the time, she started playing high school rugby a couple years later and knew she found the sport that would allow her to compete at the highest level… Outside Interests: Enjoys woodworking, adventuring, sipping on west coast coffee … Graduated from the University of Guelph with a degree in Sociology in 2012… Trained and works as a firefighter… Odds and Ends: … Favourite quote: “Believe you can and you’re halfway there.” – Theodore Roosevelt… Has been open about her lifelong struggles with anxiety and how she refuses to let it define her…

Dontae Richards-Kwok won a bronze medal at the 2013 IAAF World Championships as a member of the 4x100m relay team....

Alex Thicke is a member of the senior national development squad, who enters the 2015 Pan Am Games with 16...